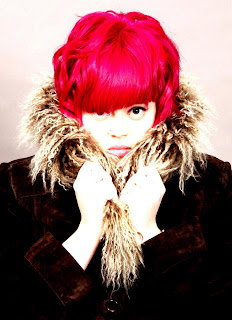 If you happen to be in West London this weekend, you can go and hear my kid sing at the O2 Shepherd’s Bush Empire.

Or you could take the easy way out and go to ellengallagher.co.uk with your speakers on.

Now, don’t get ahead of me, but a few years back I wrote a short story called Little Dead Girl Singing that got me a World Fantasy Award nomination. That kept me going nicely until I actually won something. It was originally published in Weird Tales magazine, and can be found in The Mammoth Book of Best New Horror 14 as well as my own collection Out of His Mind.

And no, Ellen isn’t the little dead girl of the title. But she’s in there. The story’s all about schlepping around those strange little festivals and small-town singing competitions that are a part of every young musician’s education.

It was an education for me, as well. We all think that our offspring’s efforts are wonderful, that’s part of the programming of being a parent. But over time it gradually dawned on me that it didn’t matter what I thought – the kid was the real deal. Rock, metal, Big Band – she’s got a range like a WMD.

Now she’s just completed the Master Performance course at London’s Tech Music Schools, and is co-writing and recording her own material with Dave Browning.

Give her a listen, and see what I mean.

And if you’re looking for a voice for hire, bear in mind that I’m counting on being supported in my old age.