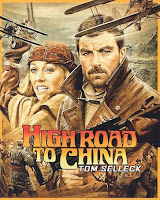 What I’ve reinstalled is one of those setups with separate components and an incredible patchwork of leads connecting them around the back like an old-fashioned telephone switchboard. Separate amp, separate CD player, separate cassette deck. It had been a feat to get it all put together when I’d first installed it, and I knew it would be just as much of a feat to break it down and reassemble it now – with any complex job of that kind, I invariably forget what I did to make it all work the moment it’s started working.

But Mrs G is masterminding a revamp of the living room and I finally had to concede that we don’t need two pieces of kit that achieve exactly the same thing in the one house. Especially when one of them never, ever gets used. One of them had to go.

The problem was that the high-end system was in the low-use room. The one getting all the use was a Sony music centre I inherited when my dad died. I was an only child, and my dad was my last surviving parent, and I had to be pretty ruthless when clearing his house because… well, to be honest, he was already storing all the overspill junk from my place. His loft was full of all my old crap. In the end I kept his late-life paintings and old family pictures and one wonky, charming wooden chair from the corner of the kitchen, but everything else – gone.

(Apart from his dog. I’ve still got his dog.)

And the stereo. It wasn’t the greatest piece of kit – from the front it looked like a flashy component system but that was just the deceptive way the case was moulded to look like something more expensive. Nor was the sound anything exceptional. But I’d bought it for him as a present out of my Valley of Lights money, the sale that really kicked off my career after a couple of false starts, and that meant it carried a certain sentimental charge.

I’d installed it in the dining room because that was the only place I could find for it, and blow me if the acoustics in there didn’t turn out to be the best in the house. So when the time came for the downsizing of the hi-fi capability, the music centre had to go and the five-star stuff had to be dismantled and reassembled in its place. Where the Sony speakers once stood, now stand the Kef Codas that I waited nearly six months to have delivered way back when I put the whole system together. I’m no hi-fi geek and I’m no expert, but I did take advice.

Once I’d done cursing and grumbling and had everything wired back together, I had to test it all. CDs sounded exactly like CDs should. Old tapes sounded as crappy as old tapes always do, Dolby or no Dolby. The last thing of all was to check the turntable.

So that it wouldn’t feel such a futile exercise, I wanted to dig out an album that I didn’t have in CD or MP3 form. I hadn’t played any vinyl in years but I went straight to John Barry’s soundtrack score for High Road to China.

A great Barry score and an overlooked movie, in my opinion. I’m convinced in my own mind that Barry got so pissed-off at the film’s lack of notice that he made a few small changes and recycled the same musical ideas into Out of Africa, where they drew more attention. High Road was seen by some as Tom Selleck’s consolation prize for being prevented from taking on the Indiana Jones role by his commitment to Magnum, PI. But while it was definitely of the post-Raiders genre, I thought it stood up well on its own… great production values, wonderful tone and texture, solid direction by Brian “Where Eagles Dare” Hutton.

On it went… and the sound was fantastic. I’d only once heard vinyl giving the kind of quality that blows CD away, and that was in Andrew Cartmel‘s house when he sat me down in the middle of the living room and put on a rare copy of the Herb Alpert Casino Royale score. But then, his speakers were the size of armchairs and had their own individual amplifiers with glowing valves, like something built to alien instructions in This Island Earth. And I think the album may have been a Japanese pressing, which apparently means a lot to the people it means anything to.

But here was the difference, and in my own house. Will I be a retro-vinyl convert from now on? I don’t think so. MP3s are just so damned handy. But I’ll never again smirk and twirl a finger by my temple when people speak of vinyl’s ‘warmth’ and ‘presence’, or its latent superiority to the CD.

So we’re now a one hi-fi household again.

But I’ve still got his dog. 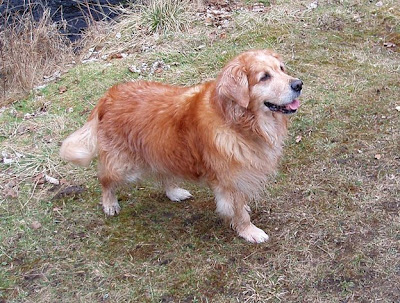