Eleventh Hour back in the UK 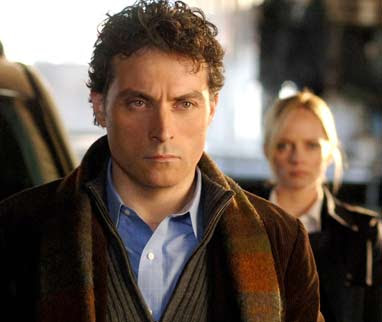 According to The Guardian, Virgin Media’s Living TV has picked up the first US season of Eleventh Hour for screening from April 8th.

The show, from CSI producer Jerry Bruckheimer, has been one of the biggest hits of the US TV season, averaging around 12 million viewers on CBS.

The drama stars British actor Rufus Sewell as biophysicist Dr Jacob Hood who investigates scientific crises and oddities. It is based on the British series by Stephen Gallagher.

The drama will air on Living, owned by Virgin Media Television, later this year after the cable and satellite channel completed a deal with Warner Bros International Television Distribution.

The Virgin Media Television head of acquisitions, Amy Barham, said: “Strong, compelling with hard-hitting storylines and a great cast, including an amazing performance from Rufus Sewell, Eleventh Hour is a great addition to Living’s drama line up.”

Living TV already has a number of US series in rerun, including the CSIs, Without A Trace, and Cold Case. But I’m told that they aggressively pursued exclusive rights in Eleventh Hour in order to get the first run of a Bruckheimer show. David Allen on the Techwatch industry news site explains the move thus:

Living TV is part of the Virgin Media Group, which has stated that it intends to sell off the content division UKTV. Bringing in a top show like this should make the figures look attractive to any potential new owner.

I’ll try to get confirmation on that April 8th date. If it’s correct then the UK run of the show will pick up as the season ends in the US. I’ve now seen a pre-air of Medea, my second script for the show and the season finale, and I’m absurdly happy with what I saw.

The white-hot speed of creation and production really pays off. Taking a year or more to develop something pretty much guarantees that it’ll have drifted away from you by the end of the process. The actual writing hours are about the same; the damage lies in the weeks and months it can take others to read and respond. On this story I don’t think I had to wait more than 48 hours for any notes call, and the average notes conference lasted 20 minutes. And then – I don’t know if this is universal practice, or specific to the Bruckheimer method – within the hour I’d get an email with my outline or script attached, footnoted with all the comments from the discussion.

I ran the pre-air on my computer but I’m saving the family screening until I get hold of a copy of the broadcast version. Pre-airs and screeners aren’t the show yet. They’re working drafts with temp music, missing effects, and low-res watermarked library shots; if you see one and then see the real thing you notice a significant difference.

Which makes it very hard for me to understand those people who’ll sit through a camcorder-pirated movie, all the while gloating over how they’re sticking it to The Man.

7 responses to “Eleventh Hour back in the UK”