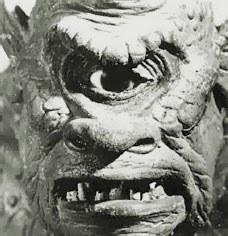 There was a suitably ‘star-studded’ tribute at BFI South Bank – formerly the NFT – last week, and there’s a cracking Harryhausen exhibition titled The Fantastical Worlds of Ray Harryhausen at the Academy building on Wilshire Boulevard. I’ve seen a lot of the stuff before in other RH exhibitions in Bradford and the late, lamented Museum of the Moving Image in London, but it’s the most comprehensive.

Because of the way the foam rots and the armatures get cannibalised, what survives has the air of precious medieval relics… for me the high spot was the stripped armature of the 7th Voyage cyclops, one leg missing, on Ray’s actual animation bench. Some of the stuff I’ve seen before; three of the skeletons from Jason (one of them, if I recall correctly, repurposed from Sinbad) and some hard rubber ‘stand in’ models cast from the moulds and used for lighting, but lots that I hadn’t… a crumbly squid, the flying saucers (tiny!), some breakaway model sets, and loads of original sketches and storyboards.

My friend Archie Tait attended the London tribute and reckons that Harryhausen is one of the most important artists of the 20th century. And I reckon Archie’s right. His films are unique, and will remain so; never again will a mainstream commercial feature be handcrafted with one person supplying so much of the concept, design, fabrication, execution, and performance. He may have had assistants on the original Clash of the Titans, but that was nothing compared to the anonymous flashmob of (undoubtedly talented) animators involved in the remake.

I’ve seen Ray speak once and had the honour of interviewing him onstage twice. And in Stockport’s restored art deco Plaza Cinema I introduced him and Forry Ackerman when they spoke before a Festival screening of the restored print of King Kong.

Proudest moment? When he walked over to me in the hotel bar, jabbed me in the chest, and said, “I remember you! From Preston!”

(He’d accepted an invitation to visit the Preston SF group about three years before; he, his wife Diana, and family friend Philip Strick lodged at the small hotel in my village.)

The Academy exhibition runs until August 22nd. In the meantime, another exhibition opens today at the London Film Museum housed in the old County Hall building, south of the river. It’s called Ray Harryhausen – Myths and Legends and I believe it’s a touring collection that I’ve seen under that name before.

But – and this is hot news, apparently, just announced – Ray is offering to donate his archive and the accumulated materials of a life’s work to the National Media Museum in Bradford. According to the BBC news website:

Harryhausen said: “Now I have reached 90 it is important, certainly in my profession which does not have a reputation for looking after cinematic artefacts, to preserve my art in all its forms – models, drawings, equipment etc, and that this will be available for future generations.”

Paul Goodman, head of collections and knowledge at the National Media Museum, said: “With our proven expertise in caring for, exhibiting and interpreting such a range of artefacts, the museum is an ideal place for this extensive and remarkable archive.”

How cool is that? 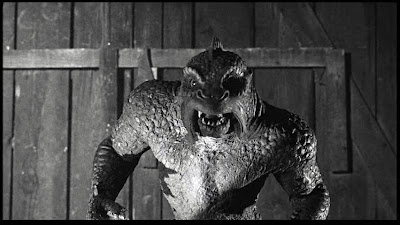 As a bonus at the Academy, down in the lobby on Wilshire, there’s a similar exhibition of stuff honouring Chuck Jones. Which is a peek into another universe of brilliance, that I’ll say something about another time.