And since I’m going to be tied up for the next day or so with my daughter’s 21st birthday, let me jump in early with no shame and a reminder that Halloween is also publication day for my second short story collection.

Two books out in one year! Haven’t had that happen in a while.

One of the novellas in the collection is Doctor Hood, originally written for Ellen Datlow’s anthology The Dark. And perhaps worth noting because it was the story that introduced the emeritus physics professor Alan Hood, who went on to become the central character in the Eleventh Hour TV series.

Some nice reviews for The Kingdom of Bones out there, including this one from The New York Times. And check out this amazing endorsement from the great Ed Gorman.

Modesty prevents me from quoting from it.

“I read Stephen Gallagher for two reasons. First because he’s one of the most entertaining writers I’ve ever read. And second because I can’t read a short story of his let alone a novel without picking up a few pointers about writing. He’s an elegant stylist, a shrewd psychologist and a powerful storyteller with enormous range and depth. 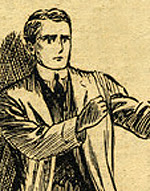 Be honest. Would you be able to keep quiet about a lulu of a writeup like that?

Luan Gaines at Curled Up with a Good Book writes one of those reviews that involves a retelling of a lot of the story, but she manages to do it in such a way that you feel encouraged to go and read it for yourself.

It’s weird, but these days people seem to like to know exactly what they’re getting before they’ll buy into it. Endings are sacrosanct but everything else is up for grabs!

OK, advert over and back to the birthday prep. The cake alone has been a production on a West End scale. We parents get to go along to the Sea Zoo and to host a Bistro meal, but we bow out gracefully for the day at the Pleasure Beach and the evening at the tranny bar.