Noir and Back Again 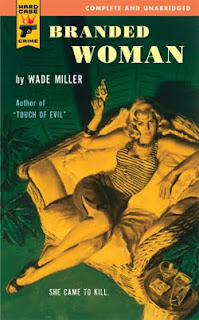 I just heard that two of my favourite publishers will be combining forces to put out a double volume of early Lawrence Block novels sometime early next year. I suppose that Subterranean Press and Hard Case Crime can both fairly be described as ‘niche’ publishers, but not in any pejorative sense; in an era when general publishing is like a great beast struggling to adapt in a changing landscape, they survive by reflecting editorial taste rather than a marketing department’s analysis.

Subterranean’s Bill Schafer and Hard Case’s Charles Ardai set out to publish the kind of stuff they like. If it’s the kind of stuff you like too, then you seek them out. Subterranean’s list is primarily SF and Fantasy, built around a core of Joe Lansdale material, while Hard Case specialises in reprints of of high-craft but forgotten noir mixed in with modern writing in the same hardboiled vein.

In each case the books’ physical form is an element in the reading experience, though the two have very different approaches. While Subterranean specialises in quality limited runs, Hard Case celebrates vintage era paperback design with artwork from the likes of Robert McGinnis and Glen Orbik, whose painting for Wade Davis’ Branded Woman is a particular favourite of mine. Where every other crime novel seems to feature a blurry generic library photo with whatever font the Art Director’s chosen from the Photoshop menu, they really stand out.

(I should declare an interest – Subterranean published two of my novels and a story collection. Each was a great experience and the editions all sold out.)

Hard Case books are inexpensive mass-market paperbacks, printed and distributed (until now) by ‘mass market romance publisher’ Dorchester Publishing. Last month, Dorchester announced that they were getting out of the print business and switching to an E-book model, which many have read as the last optimistic thumbs-up gesture of the about-to-drown.

This should be interesting. I’m crossing my fingers for Hard Case, and optimistic for the survival of the line; just as a freelance has a more precarious existence than an employee but more options for surviving market changes, I’m willing to bet that Hard Case will reconfigure its relationships and prevail. I believe that this collaboration of independents predates Dorchester’s announcement, but I reckon it’s a sign. A sufficiently good idea has a life that’s independent from any one business model.

Here’s Chris Moore‘s cover art from the Subterranean edition of The Spirit Box. 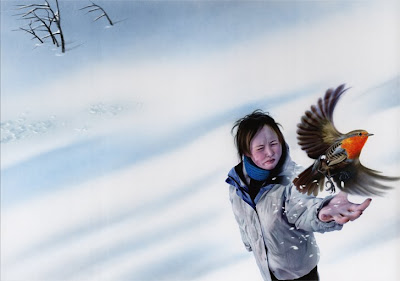 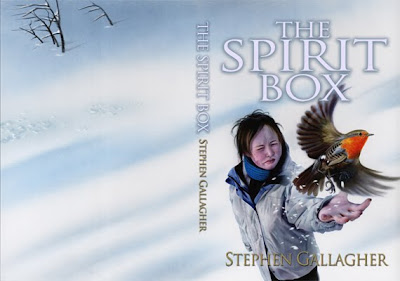 The Subterranean logo and back-of-jacket copy were added later.

UPDATE: Hard Case titles are now to be distributed by Titan.