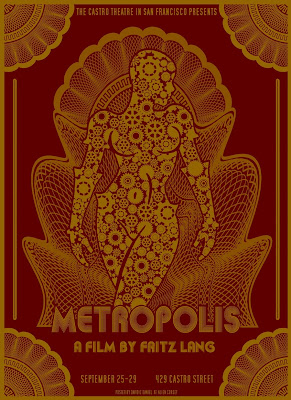 Along with Chris Moore I headed down the motorway to Memorabilia last weekend. There I met up with Good Dog, and we had our first decent chat since a fleeting hello at the NFT’s South Bank Chimera event. I urged him to get blogging again. Which is slightly ironic, considering my own long periods of blog silence over recent months…

Memorabilia’s a twice-yearly UK event where one of the halls in Birmingham’s National Exhibition Centre gets turned into a giant dealers’ room for mostly SF and media-related goods, old and new, along with a section of autograph-selling tables for mostly TV faces, mostly old. It probably pales by comparison with similar US events, but I enjoy a mooch and usually come home with a few stocking-fillers for friends and family.

I view the autograph tables with a mixture of cringe and curiosity… very few of the personalities involved get more than sporadic visits, and most spend the day fiddling with their pens and chatting with their neighbours. Some have solid achievements in their resumes, like lead roles in old shows, and they’re the ones I feel for; but while I’d love to chat to Quiller‘s Michael Jayston or William Gaunt of The Champions, I come from a tradition where such appreciation is offered over a drink in a Convention bar, not fifteen quid on a table. And not when cheek-by-jowl with someone who did two days’ work on Star Wars and has been blagging hotels and expenses off it ever since.

But then I think back to the time when @Audreydeuxpink and I stood in line for a picture and a word with the great Leslie Phillips, and I think, Oh, what the hell. Each to his own magic. But I suppose I feel a share of the pain when the magic falls flat.

As it happened, Good Dog was acting as minder to some of the better-known faces on the weekend’s guest list. The organisers have got it together more since the early years when signers were just parked alone with no one looking after them, but I can still find it an uncomfortable spectacle when people with careers have put themselves out there and nobody’s stopping by. I can remember The Man from Uncle‘s Robert Vaughn, alone at his table with no one else around him, looking like the most pissed-off man in the world while attendees tiptoed nervously past at a respectful distance.

That’s a Brit thing, perhaps. But it’s compounded by the way that the less experienced of the enthusiasts who organise fan weekends and conventions can sometimes show little idea of what’s required of them as hosts, especially when their guests are ageing performers, often insecure and uncertain of their reception, lured with a promise of hospitality only to be cut loose to fend for themselves amongst strangers.

They’re not those giants you see on the screen; they’re rather more like you and me. And I know how I’d feel if it was me out there.

For a start, there was that book signing in Watford in 1989…

The Metropolis image is one of a range of brilliant movie posters created for screenings at San Francisco’s Castro Theater and offered in hand printed, limited editions by Memorabilia exhibitor The Dark City Gallery. Those that may look a little dull on the website are actually printed on gold or silver stock, and have to be seen to be appreciated fully.

2 responses to “Magic and Memorabilia”