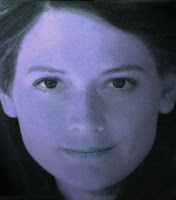 Inspired by the questioner mentioned in my previous post, who wanted to know how best to scan a novel into his computer before starting to adapt it, I’ve dug out some thoughts that I put together for a Writers’ Guild newsletter some time back. Harry Potter and the Lord of the Rings series had just got under way, and provided handy examples. The pic shows Sophie Ward, who starred along with Nigel Havers in Peter James’ Prophecy.

Adapting is not a matter of reformatting. Adaptation is re-imagination. When you’re reading prose, the incidents may run as vividly in your head as when you’re watching a movie, but don’t let that mislead you into thinking that there can’t be that much difference between them.

Back in 1997, Pumpkin Books published the full text of Dracula: or, the Un-Dead, the first-ever stage adaptation of Stoker’s novel. Performed once-only in a bare-stage reading with the sole purpose of securing theatrical copyright protection, it was exactly the kind of cut-and-paste, prose-into-playtext version envisioned by that Guild member a full century later.

As a historical document, it’s fascinating; but viewing it as drama, it’s hard to disagree with Henry Irving’s back-of-the-stalls opinion of “Dreadful.”

It doesn’t offer an equivalent experience in the target medium. And that, really, is what it’s all about.

True adaptation is neither for the inexperienced nor the faint-hearted. Like Richard Gordon’s Sir Lancelot Spratt, you have to be ready to make a huge incision and then dive in with both hands. You have to absorb the book and try to get inside the author’s thinking, trying to get a sense in your bones of what he or she was gripped by and reaching for.

In the end it comes down to two raw materials. Impulse, and image.

These were the things that came before the prose. By impulse I mean the shape, the feel of the thing. Its tone, its purpose, its play on the emotions. And by image I mean the elements through which all those vague components are externalised. Images are those things that stay in your head when you’ve forgotten the plot. And often they’re the things that are in the author’s head before the plot gets worked around them. How many times have you read an author saying something like, “I got this idea in my mind of a man walking down a dusty road with a saddle over his shoulder, and I wanted to know who he was, where he’d come from, where he was going…”

Images aren’t so much pictures, as key moments. William Goldman recommends finding the five most important ones in a story and charting everything else around them. Sometimes you’ll be able to take material from the book in order to do that, a lot of the time you’ll find yourself inventing stuff in the spirit of the book. You need a structure that works for the screen, you need a narrative progression that can be rendered in terms of things you see and sounds you hear because, let’s face it, that’s what a movie is.

In recent months we’ve seen a couple of adaptations within our genre that are, by general agreement, as faithful to their sources as commercial celluloid is likely to get. I’m talking about the Harry Potter and the Tolkien – although I’ve actually heard at least one Tolkien purist griping along the lines of, “They shouldn’t have been walking along like that, they should have been walking like this…”

The Potter was a pretty straightforward job, but given the size of the enterprise and the unforgiving nature of some of the judges that awaited them, I think that Jackson and his co-writing team had to be more bloody, bold and resolute than most. LOTR is as near to the page on the screen as you’re likely to get; but break it down, beat by beat and moment by moment, and you can see that it isn’t the page on the screen at all.

Adaptation means absorbing the author’s work and then getting into the author’s shoes and then doing the job anew. And all your moment-by-moment decisions have to be made in the light of the new and radically different medium that you’re now serving. You can’t blame the book if you go wrong. You’re the captain, now.

Your assets? Cineliteracy, for one. Believe it or not, film history did not begin with George Lucas or A Nightmare on Elm Street. Conciseness, for another. The best story points are the ones that the viewers pick up without being told directly, the implications they see in some well-chosen piece of dramatic business. Some writers never get this. Few things can make a viewer lose the will to live more than a scene with two people in a room, sitting there and explaining the plot to each other.

A sense of pace won’t go amiss, either. Film pacing is all about compression and omission. Goldman again: get into a scene late, get out of it early. The beauty of film narrative is that you can run parallel streams of action and, by cutting between them, maintain the illusion of real time without actually sticking to it. Get that dynamic into your head, and the ‘secret’ of screenwriting moves to within your reach.

And lastly, never admit to this, but a little sense of poetry does no harm either. Kong on top of the Empire State Building is not just a monkey on a roof. Claude Rains and Humphrey Bogart walking off into the fog are not just there to show you what the weather’s like in Casablanca.

Adaptation is not an easy option, although I have to say that it does spare you the agony and brow-sweat of dragging something out of thin air where there was nothing before. Back in 1994 I had great fun adapting Peter James’ Prophecy for Yorkshire TV. Peter had done all the work of the imagination; I took all his work on board and then applied invention to render it as film. On one level I changed everything, but it a more important sense I changed nothing at all… I was conscious of the responsibility to show you what was already there, but in a different way.

Peter still talks to me, so I must have done something right. There’s another discussion to be had, about adaptations that plunder and then wilfully misrepresent their source material in order to serve someone else’s creative agenda… but, what do you know? I’ve used up all my space.

2 responses to “Book into Film”