One of the bonuses of BAFTA membership is that you get sent copies of trade publications during the runup to the awards season. Oscar (R) follows BAFTA, which means that the studios can cover both sets of voters with the same ad campaigns.

Imagine the upward direction of my eyebrows when I opened The Hollywood Reporter and read this article, headed, “Boathouse in dry dock: Harried Peace Arch puts pic on hold.”

But no; it isn’t the adaptation of my novel The Boat House, currently under development with Dimension Films for director Iain Softley, but an Ontario-shot psychological thriller “set at an idyllic summer cottage where a young woman confronts the truth about her role in the disappearance of her mentor.”

Peace Arch’s Boathouse was set to begin production next week, but has been stalled by the arrest of company CEO Gary Howsam on “bank fraud charges involving some $7 million”. The charges relate to Howsam’s time with another company, so the arrest’s likely impact on the production slate is uncertain (Peace Arch also backs Showtime’s The Tudors, now filming its second season).

Title clash aside, I hope those people get to make their movie. I know exactly how it feels to take a project all the way up to the starting gate only to see it stalled or sabotaged by factors you can’t control. Getting the money for a production is like getting a celebrity to show up for your party; all your timing needs to be just right, because if things ain’t ready then neither will hang around.

As to my Boat House… I can’t tell you a lot about it, as it’s been a while since I was in the loop. Iain Softley first optioned the book in the late 90s – although to be more precise it was his wife, producer Sarah Curtis, who first took the option, and Iain wasn’t part of the picture. Sarah and I went along to pitch the project to the Film Council (or whatever the main UK development fund was called before it was the Film Council), which is how we secured the finance for the screenplay.

After the first draft we started making a wish list of directors. Top of mine, as I recall, was Peter Weir, whose imperfect-but-superior The Last Wave had stayed in my mind as an example of the kind of charged reality I was reaching for; a fantasy film whose content you can’t dismiss as fantasy. I also remember that Sarah was particularly enthusiastic about George Romero, and suggested Tilda Swinton to play the ethereal Russian emigre at the heart of the story. I’m pretty sure that Iain was added to the directors’ list at my suggestion. Sarah was concerned not to see their careers merge for the wrong reasons.

After three drafts and a polish, I was no longer on the team. Was that painful? Are you kidding? But that screenplay made a showpiece that’s landed me at least three jobs since. Ace production designer John Beard went scouting for Lake District locations and the brilliant Eduardo Serra was lined up as DP. Milla Jovovich was to play Alina, and I believe they were after Jude Law for boatyard hand/viewpoint character Peter McCarthy. Law wasn’t a big star then; he was just breaking out, and this was the first time I’d really heard of him. 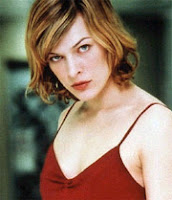 The movie was supposed to shoot in 1998 for a 1999 release, but it fell through for reasons that I’m not party to. Can’t even speculate, aside from the inevitable fevered fantasy that none of their subsequent scripts was a patch on the one I’d left them with. As a lesson in why you should never entirely trust the internet for information, a number of sites feature The Boat House as a completed movie on Milla Jovovich’s CV, complete with a dodgy plot synopsis.

The rights came back to me after that, albeit with a hefty turnaround charge attached to my script that would put it out of the range of most UK producers. I had a couple of interested approaches, but they were from people looking simply to rip out the central idea and Americanise it. So when Iain came back a couple of years ago with the backing of Bob Weinstein’s Dimension Films, I was minded to let him take another crack at it.

And that’s pretty much everything I can tell you… right now I know nothing more than what’s contained in this Variety piece, in which it’s apparently now “Loucka’s Boathouse” in reference to David Loucka, the latest of the writers to be attached. Hollywood.com still lists me as first credited screenwriter, but I wouldn’t go betting any money on that.

“The Boathouse” is a completely different movie. It’s the one that’s having all those problems right now.

3 responses to “Memories of Water”