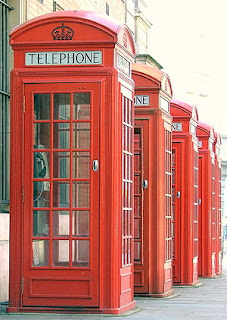 For anyone fascinated by process, and I know I’m not alone, here’s an example from Derren Brown’s blog in which he records, with staged photographs, the evolution of a painted portrait. It has a relevance to writing that I’ll explain in a moment.

For those from outside these shores who may not be familiar with Derren Brown’s TV work, he’s a magician and mentalist cut from the same cloth as Penn and Teller. He combines an Edwardian illusionist’s showmanship with a modern sensibility. He tells you that he’s about to deceive you and then compels your sense of wonder anyway.

I’d heard that he painted in his spare time. I may have assumed that he’d be one of those celebrity artists who paints like a chimp and gets bought by sycophant millionaires; if that’s what I thought then I was wrong. Derren Brown is a talented painter with a deep grasp of craft, as this developing sequence shows.

Back in my teens I remember getting a valuable lesson from my school art teacher, Mr Chapman. Observing one of us (maybe me) starting off a drawing with some particular feature at a random spot on the paper and then spreading the detail outward like a growing crystal, he stopped the class and explained the simple basics of managing composition. Da Vinci didn’t start with the Mona Lisa’s eye and keep adding; he laid out the painting’s broad blocks of shape first and then worked from big strokes to fine detail. Get the big structure right first; then steadily finesse it, keeping overall control.

A few years later I saw a series of TV programmes by convicted art forger Tom Keating, in each of which he reproduced step-by-step the techniques of various past masters. Genial, and with a love of his subject, Keating deconstructed each painter’s journey from structure to detail. The sketches and inspirations that initiate a painting; the laying-out of an overall visual structure; the transfer of drawing onto canvas; the underpainting; the glazes; the final surfacing where the detail from those first sketches finds its place in the bigger scheme.

My school had another art teacher, Mr Connolly. The writing lesson I got from him concerned telephone boxes. One morning he set us the task of drawing a regular red telephone box, the classic cast-iron design that could be seen on almost every street corner back then. I think I walked past at least two of them on my way to school every day. We all knew what they looked like so down our heads went, easy-peasy, scribbling away.

Seems we didn’t know what a telephone box looked like at all.

No two depictions were the same and none was even close to life. We had no idea of the number of windows, of how the roof attached to the sides, what the signage was…

The second part of the lesson was to be sent out to look at the box that stood just a couple of hundred yards from the school and this time, to draw from direct observation.

Observation. It’s part of the job. Not just of the physical world you’re writing about but the details of life and living, of the shadings of human nature. You can get away without it, do no research, make stuff up, rely on the shared experiences of TV and other people’s fiction to do the work for you; but that kind of attitude produces very soft fiction indeed. The kind you get from those naive writers who ‘write from a trance-like state’.

I didn’t keep up with the art. I liked to paint as long as I thought I was good at it. I realised that this affection had more vanity than love in it when I grasped how much more I had to learn. Instead of being eager to tackle the learning, I was deterred. Like so many, all I really wanted was to be told how good I already was.

2 responses to “On Method”