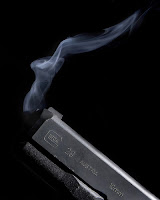 There’s no actual list yet, but perhaps there ought to be. Wherever screenwriters gather and swap stories there are always certain directors whose names are passed around with an attached health warning. The writer killers.

They rarely complete a project with the writer who began it. Many of the projects they join don’t get completed at all but run out of steam, time, money, and the will to see it made. And yet many writer killers are considered ‘star names’ – they usually have at least one award win on their CV which continues to get them hired.

But given the chance to play the auteur, they play it to the hilt. For me the absolute worst is when you get the bones of a thing right and then a director comes on board who wants afternoon-long meetings which leave you looking at a pile of broken parts that you know can never make another whole. Like someone gave a chimp a screwdriver and invited him to fix your TV. Then he strolls off, pleased with himself at having ‘mixed it up’, leaving you to implement his genius.

From then on, the project is like a crash victim; never quite consistent, never quite right, never quite beautiful. No longer created, more rehabilitated. As good as the limitations of surgery can make it.

Writer killers stay in the game because they’re actually capable of good work. Usually under a strong producer who knows the value of script, and keeps them on message.

In a recent piece on working with directors in issue 3 of Black Static magazine, screenwriter Stephen Volk concludes “What I have thought for many a long year now: that the auteur theory (or ‘Un Film de Michael Bay,’ if you will) is essentially nothing to do with talent, but everything to do with who is in control.”

He adds, “The purpose here is not a quest for deeper meaning, it is for the director to make the film theirs. Not better – just theirs.”

When you get a producer who would rather unload a jobbing director than alienate the project’s creator, you have a gem.

Their names get passed around, too.