A Word from the Showrunners 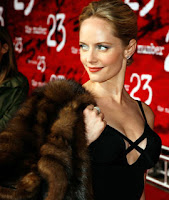 I hope he’ll forgive me for such a shameless piece of recycling, but I wanted to give more prominence to this addition by Eleventh Hour showrunner Ethan Reiff to the comments section of the previous post.

There’s a reference here to an earlier entry titled The Brimstone Boys in which I wrote:

The latest coverage suggests that the creator/producers of the short-lived but influential series Brimstone are being brought in to serve as (Eleventh Hour) series showrunners.

Brimstone starred Peter Horton as a dead cop earning his ticket out of Hell by hunting down each of 113 escaped souls. It had texture and energy and was probably too dark for US mainstream TV. Reaper pretty much steals the premise and, being more lightweight fare, has survived better. But Brimstone was the superior show.

And so it came to be! Anyway, move on a few months and here we are.

In that same post I moaned a bit about how press coverage in these cases always manages to name everyone who had a hand in making the deal while overlooking the originator of the material. As time’s gone by, my outlook’s changed. The buzz for the new show probably isn’t helped by dutiful references to what went before. And I’d much prefer to see the show succeed than stress about a namecheck in Variety.

My name’s Ethan Reiff and my partner Cyrus Voris and I are the guys running the American version of your show, here in Los Angeles. We do our best to mention your name as the original creator whenever we talk to the press — though unfortunately they don’t always deem that bit of info worthy of inclusion in whatever they write.

It’s great to learn you are a fan of BRIMSTONE and thanks for your kind words about the show. It was our first project in television and we remain very proud of it. If you get a chance, check out “SLEEPER CELL” – the terrorism drama we did for SHOWTIME, which aired on cable and then also on broadcast TV in the UK.

“Eleventh Hour” is proving to be a herculean bitch of a show – but well worth all the effort. We are in the midst of shooting our 6th episode and I’m happy to say that so far EVERY SINGLE PIECE OF SCIENCE COMES FROM THE REAL WORLD.

Whether or not the audience will find this as compelling as we do has yet to be seen – but we’re hoping for the best!

One last thing: I think you’ll be happy to know there are a lot of British subjects employed in the cast and crew of ELEVENTH HOUR – from English producer-director and line producer to Scots-Irish writer-producer to Scottish editor to English stunt coordinator — and of course, our Welsh star. Around our offices it sometimes feels like Washington surrendered to Cornwallis at Yorktown.

Still, there’s always room to entertain another Limey – so please look us up the next time you’re in LA!

I couldn’t find a picture of Ethan so here’s another one of Marley Shelton.

One response to “A Word from the Showrunners”