At Home on the Range 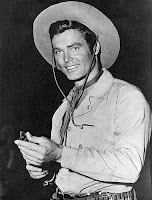 ‘Tis truly weird. I’ve been here about three weeks now and it feels like longer… kind of like on a ship when home drops below the horizon and you can’t see it anymore, you have to imagine it instead. Which is dumb, I know, after only three weeks… but in my defence, it has been a pretty intense three weeks. I had to hit the ground running in the job, get oriented, and look for somewhere to live in a place where I knew zilch about the areas, the roads, distances, the neighbourhoods…

I did a lot of online research in the evenings (Craigslist and different rental agencies) and then at the weekend did a big Satnav-guided drive-around, setting out from the studio gates and making the journey out to a few places that had caught my eye. Most sank my spirits. There was one Hollywood Hills place that looked great in description and pictures but which, when I got there, was right next to the bins for the car park of the Hollywood Bowl. I had to email the owner and graciously extricate myself from a viewing.

But the next day I got a response from an ad for a ‘guest house’ in Beverly Glen, Bel Air, actually a suite of rooms comprising the entire lower floor of a canyon home. The owners had just bought the place and hadn’t even moved in themselves yet, and in two days were going off to Italy. So for the past fortnight I’ve had the place to myself. I won’t get any internet or cable TV until they get back, so I’ve bought myself a small TV and a boxed set of The Rockford Files to watch.

Here’s something else that felt weird…today’s walk across the lot took me past the frontage of the movie theatre where they shot the ending of Subway. It’s a set but it’s also a usable cinema for screenings and stuff. On the marquee it said WARNER BROS WELCOMES BACK TY HARDIN, BRONCO 1958-62.

I have no idea where on the lot Hardin was or whether he was working or visiting or what, but… I can remember the theme song for that show from when I was about five years old. And my office is pretty much on the spot where they made it. And Maverick, and Cheyenne, and…

I need to get more professional. This geeky wonder stuff’s supposed to have worn off years ago, I’m sure.

8 responses to “At Home on the Range”