The show debuts tonight on CBS in the slot right after CSI, and I’m holding my breath, crossing my fingers, and wishing ’em luck.

I talked about the show concept, and influences, and the whole issue of adapted formats, in an interview with Tom Green for the Writers’ Guild newsletter a few weeks ago.

Did producers/commissioners consider Eleventh Hour to be sci-fi? Is it a genre they worry might put people off?

When I sold Eleventh Hour I pushed it as the Prime Suspect of science – a pro-science procedural with today’s Bad Science in its sights, grounded entirely in the current state of technology. So no, it was never meant to be science fiction. Although I’d have been happy to see sf writers involved, because they tend to know where the line between actual science and speculation lies. Most arts-background people are far more ignorant of science than professional scientists are of culture. What I wanted for Eleventh Hour was the same kind of probity that you’d apply without question in a legal drama or a medical show. The last thing I wanted was a pasting from the Government’s chief scientific advisor.

If you want to see the full interview, you can find it here.

Next Friday on NBC: Crusoe. 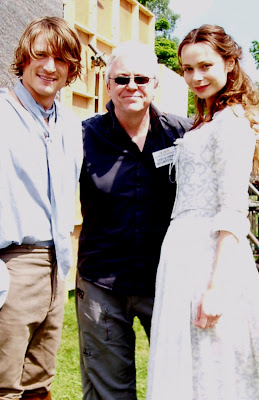