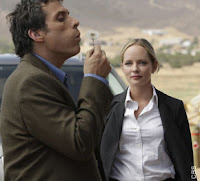 JUST when TV networks are shopping for new shows at the budget store, CBS has made a $30-million bet on a new series that sounds like “The X-Files” but looks like “CSI.”

“Eleventh Hour,” which will debut in October, is being produced by Jerry Bruckheimer – the producer of all three “CSI” series, “Cold Case” and “Without a Trace,” making him arguably TV’s most successful producer of dramas of the last decade.

Based on a hit British series, it follows a pair of investigators, a hunky scientist and an attractive female FBI agent assigned to keep him out of trouble, as they attempt to save the world from cutting-edge experiments gone wrong.

Shooting’s been under way for some weeks now and for me it’s been weird, like having a kid brought up by someone else. You don’t want to interfere, but you want to know they’re okay…

If Marley Shelton looks familiar in the photo, here’s how you may have seen her last: 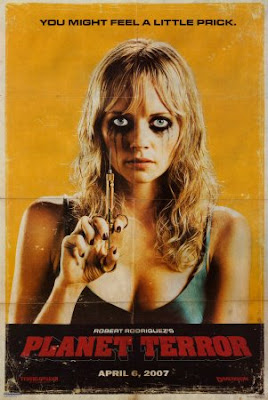