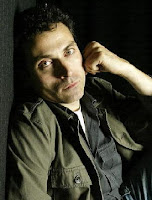 From The Hollywood Reporter:

The project, based on the British limited sci-fi series, centers on Jacob Hood (Sewell), a special science adviser to the government who, with his feisty female bodyguard in tow, saves people from the worst abuses of science.

In the original series, the role was played by Patrick Stewart.

Feature writer-director Mick Davis penned the script for the American version, which is set in the U.S.

“CSI” executive producer Danny Cannon, who directed the pilot for “CSI: Crime Scene Investigation” and is credited with creating the hit franchise’s distinct look, will direct the pilot.

Sewell (“The Holiday,” “The Illusionist”) next appears in the HBO miniseries “John Adams,” in which he plays Alexander Hamilton.

You might notice the one name that still doesn’t, uh…