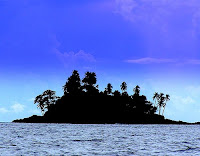 Forwarded to me by Avrum Jacobson:

At its first of several upfront presentations to advertisers today at 30 Rockefeller Center in New York, NBC outlined its 2008-2009 season based on a 52-week schedule. The network will introduce the 52-week lineup this fall with a slate of new original programs and continually add other new originals throughout the year, with some timed to coincide with major events such as Super Bowl XLIII.

One response to “Friday Night Crusoe”