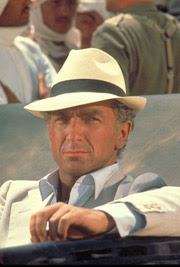 Good Dog mentioned a couple of classic series and broke a memory… I was a Presentation trainee in Granada’s Manchester studios when they were making The XYY Man, and one of our control room monitors was hooked to the studio feed. So I saw everything the studio cameras saw, both during and between takes. I watched Paul Freeman getting shot and sliding down a fridge door four or five times, so they could get the blood smear right.

My Controller was a formidable lady named Paddy Owen – she’d been an army driver at the Nuremberg War Crime trials – and though she was terrifying to a new kid in the first year of his first job, she loved actors and they loved her. And she seemed to know all of them.

So when the shift was over we went across to the Stables bar, and I ended up drinking with Freeman and Paddy… I think Stephen Yardley was there for some of the evening as well. It’s hard to say. Working in TV in the 70s seemed to involve being drunk a lot of the time.

Before it was a bar the Stables had been a theatre for a while, but it had originally been a home for railway horses. Granada owned a large area of derelict warehouses and goods yards across the road from the Quay Street studios, and had been negotiating with city planners to develop the land.

The negotiations went on for years, and in the meantime various temporary uses were made of it. The set for the Coronation Street soap was over there; they built it on a cobbled marshalling yard, where the physical restrictions of the site meant that for several years of the show the cobbles ran at a strange oblique angle to the pavement. The Baker Street standing set for the Jeremy Brett Sherlock Holmes went up in the same area, but that was after I’d left to go freelance.

Student vacation work apart, that time at Granada represents the only real job I’ve ever had. I was there for five years. Nowadays, a TV company is an office full of people and corridors stacked with boxes of photocopy paper. But Granada in the late 70s, the “David Plowright era”, was the real thing. 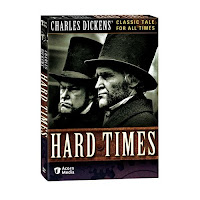 They made stuff, all kinds of stuff, and an unofficial education was available to any employee with the right kind of curiosity. During night shifts I wandered the sets of Laurence Olivier Presents. I watched my friend Jim Pope synching commentary for World in Action. And out on that railway backlot I watched John Irvin direct the arrival of the circus troupe for the cracking adaptation of Charles Dickens’ Hard Times that started Granada’s run of big-budget filmed drama (and pointed Irvin, a former World in Action documentaries director, toward a feature career).

Later they developed the site for a short-lived studio tour and now it’s mostly offices. There’s still some production there – Cracker was made in Manchester, and the UK version of Eleventh Hour had its production office suite in the warehouse – but everything’s changed.

For nostalgia’s sake, I went looking for the old Central Control Room where I used to work.