Lost and the Long-Distance Plan 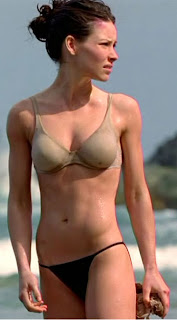 I dropped out of Lost a couple of seasons ago, after the introduction of the flash-forwards (which drew a gasp of admiration out of me when they reversed all my assumptions with the first one) but before they started with the sideways-flashes. I was curious about how they’d wind it up, but I’d been too long out of the game to follow the finale so I waited and then went looking to read the after-show spoilers instead.

In the course of which I came across this piece in which Kay Reindl tackles the assertion (by a novelist) that the Lost writing team should have carried a novelist or two, to show them how it should be done.

People, I’ve done both – I made a better-than-good living out of my novels through the 80s and 90s – and she’s right. Try to make episodic TV with just a novelist’s tools and you’ll be chewed up and spat out, left nursing wounds that you’ll be showing to the faithful at literary festivals for the rest of your life.

My favourite part about working as a novelist is that of being an armchair general, in that I can plan a perfect campaign and designate the outcome. Whereas the American TV series is like a feuilleton whose fate, length and scope will depend on factors that can’t be predicted with any accuracy. You put all of your initial energies into getting it sold and while you may have a grand design in mind, that’s like the battle plan that never survives the first exchange of fire. You’re navigating a sea of executives, viewer responses, and unpredictable production developments. There’s no way to account for new ideas you may have along the way, or the contributions of of your creative coworkers whose ideas may take you in directions you didn’t foresee, but which you’d be stupid to pass up because having such ideas is what they’re there for.

Ideally you should have an ultimate destination in mind, in the form of a vision of your finale that you keep in your back pocket and put into the works on the day you hear you’re being cancelled. A classic example would be the spectre of the one-armed man that always stayed out of reach throughout The Fugitive. An early Flann O’Brien Third Policeman hint suggests that this conceit was the back-pocket idea in the Lost showrunners’ minds from the beginning (leaving them with little choice but evasion or denial when some fans predicted the ‘correct’ outcome), but we can be sure that everything in between was live juggling, and the various closures and resolutions were a matter of tidying-up the playground to the best extent possible.

For me it can never end successfully with a make-sense-of-it-all revelation, any more than The Prisoner could… it’s all about dread and uncertainty and wondering about what’s on the other side of the door. As Stephen King points out in Danse Macabre, the moment you actually open the door all that wonder condenses down into whatever’s there.

The only good ending I can imagine is something like, they find a box that’s the answer to everything, look inside it and go “Wow.” Like the moment in Lost in Translation where Bill Murray whispers something to Scarlett Johannsen that makes everything OK, and we all have ideas about what it might have been that are unique to ourselves, and which are best not shared. Some people won’t have that… a quick Lost in Translation Google shows messageboards with people wanting tips on how they can boost the soundtrack enough to hear what Murray says.

If you saw Lost as a puzzle to be solved, then I guess you were disappointed. If you saw it as a journey – well, to quote Shakespeare, journeys end in lovers meeting.

Which, I gather from the spoilers, is what you got.

7 responses to “Lost and the Long-Distance Plan”