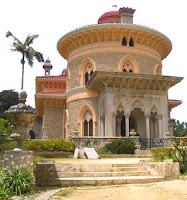 When Nick Elliot stepped down as Controller of ITV Drama, Director of Television Simon Shaps and new Drama Controller Laura Mackie announced the cancellation of a number of the channel’s successful shows in a kind of ‘image makeover’ favouring youth and ‘edginess’. Foyle’s War was one of the casualties, and Rosemary and Thyme was another – problematical for me because I had a two-show deal for a season that now wasn’t going to happen, and no other work on the horizon.

When the new strategy went horribly wrong, Shaps was shown the door and Mackie announced the recommissioning of Foyle’s War, which I hear is shooting now.

Rosemary and Thyme didn’t fare so well, but by then I was OK because I’d landed another gig. This one would have been an interesting job, though.

A problem with the show was that the British summer is too short for the number of shooting weeks that were required for a season – somewhat crucial where garden locations are involved.

So each season would budget for two episodes to be shot back-to-back in an overseas location with a better climate, and those are the episodes I was hired for. We set our sights on Portugal and went out there to scout – producer Brian Eastman, production manager Christabel Albery, and me. Our driver/contact/factotum was a makeup artist who told us stories of Klaus Kinski temper explosions and an ‘international’ European star’s rupturing facelifts – no joke when you’re the person trying to make him up for the screen, I imagine.

Anyway, we based ourselves in Sintra and raced around every big public, private and palace garden in the area, and in the course of the trip nailed down two scenarios. One centred on the fabulous Monserrate villa and gardens built by notorious libertine and author of Vathek William Beckford, and involved the hunt for Beckford’s treasure which turned out to be… nah, I’ll hold onto that one just in case. The other was essentially a Hope and Crosby Road movie which started with the two main characters being kicked out of a small-town jail after a night in the cells and then bickering and hustling their way across country with no money or luggage.

Got home, broke the stories, and – pouf. Shaps killed the show.

Btw, Laura Mackie is the daughter of TV writer Philip Mackie, whose credits include a fine and fondly-remembered Granada series The Caesars, covering much of the same ground as the BBC’s adaptation of I Claudius but predating it. The series is available on DVD but only survives as a shoddy 16mm telerecording that doesn’t do it justice.