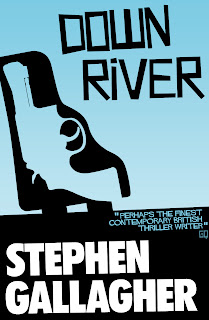 Okay, first up, here’s the deal; the eBook versions of both Down River and Oktober are relaunching with new covers by Paul Drummond, and I’ve 20 review copies of each to give away. In return I ask you to add your review to the Oktober and Down River pages on Amazon.com. Use the contact page to let me know if you’re up for it.

How you rate them and what you write is entirely up to you. I’m not shilling for stars, just hoping to see some balance in the system; I can’t fathom how Amazon aggregates its marketing material but there’s some weird alchemy that sometimes pulls in the reviews from previous editions, sometimes not. In this case I’ve got two otherwise well-received novels, one of which spawned a TV miniseries, in new editions with their two worst notices attached.

I guess I’m old-school in that I think you should draw the line at asking friends to give you favourable reviews or, even worse, writing your own. During the research period for Crusoe, I chased down various Defoe biographies; the worst-organised and least useful of them carried a glowing five stars from its own author, writing about himself in the third person.

But the eBook jungle favours the barefaced; one self-published writer’s strategy involved organising a squad of friends and family to buy multiple copies of his book within the same hour, with a simultaneous order for one of the site’s topselling titles. The aim was to ride the ‘customers who bought this item also bought…’ algorithm to public attention.

Until four or five years ago, the writing game was fairly clear-cut. You wrote your first book and when it got turned down you wrote another. Here’s how that works: your writing evolves as you go, and you realise that as you look back. It’s not about that one book, but about developing your skills. Eventually you plunder your early work and it sees the light of day in a form you hadn’t originally imagined.

There was one debutant I knew who’d written an 800-page SF epic and was determined that he wouldn’t write another word until the world had recognised the work he’d put in. It wasn’t a bad first book but it wasn’t special, either. I urged him to write short stories and submit them to small presses as a way to build up his writing skills and connect with an audience, but it wasn’t what he wanted to hear.

Last I heard, he was very bitter and had still written nothing else. But how would I advise him now? The handful of stories of debut authors who self-publish and do well, beating the odds like lottery winners, provide ammunition to counter any argument for a learning process. Especially when it’s a painful learning process that used to be involuntary, but which can now be sidestepped.

Some of them may be terrific writers. The few that I’ve looked at aren’t, but they do fall into an honourable tradition of fast fiction, offered cheap, that runs from the feuilletons of the nineteenth century through the story papers, pulps, and mushroom jungle paperbacks of the twentieth.

Just like those ‘mushroom publishers’ of the postwar period, created in an explosion of low-cost bulk fiction occasioned by the lifting of paper rationing, the vendors of eBooks are more concerned with turnover than quality. They’re exploiting an opportunity, and doing so to the hilt. But I’d like to think that, as with those same postwar publishers, e-publishing’s business moves may eventually enrich the field without destroying it. Darcy Glinto may well be unreadable now, but it’s a grim culture that has no room for Lady – Don’t Turn Over.

My most-retweeted Twitter remark of recent weeks is Still befuddled by ppl who drop serious money on an eReader but won’t pay more than 99c for a book. Clearly it chimed with a shared perception that a generation of buyers are being trained to expect all books to be dirt-cheap or given away. But after reading this blog post by Romance writer Elle Lothlorian, I brightened a little. She writes:

While skimming various Kindle reader forums, I ran across a thread on the topic of pricing. One reader wrote that she never bought a book that was $2.99 or less because it was sure to be self-published “indie crap” riddled with typos… (by setting a low price) I think I had inadvertently turned my Amazon page into the equivalent of a dubious used-car lot, with blinking neon lights screaming “SALE, SALE SALE! EVERYTHING MUST GO!”

The thrust of the piece is that by raising her prices, she engaged with a more committed and interested readership. Her sales actually went up, suggesting that there are still readers who are interested in something other than a race to the bottom in quality and price. They’re out there; they’ve always been out there; it’s just that there’s a ‘fair field full of folk’ obscuring them from our view.

I don’t control the eBook price of The Kingdom of Bones or The Bedlam Detective, but while I don’t plan on putting my backlist titles in the premium bracket, I’m not about to throw them in the bargain bin either. 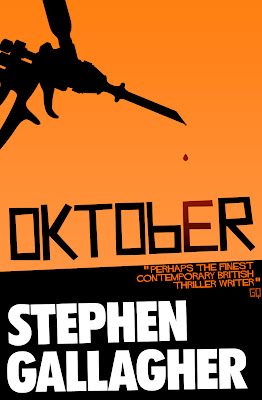 2 responses to “Everyone’s a Critic”