Well, it was going to be ten, but it’s so hard to narrow down the choices. Last week I browsed through a similar list online and immediately leaped to order Kirk Douglas’ I Am Spartacus, which had somehow slipped by me before. It’s exactly my kind of thing, a personal memoir mixing craft and business in the context of films that I have reason to love.

At least, I hope it will be. Right now it’s sitting unread under the Christmas tree.

Douglas apart, my interest is less in the megastars and A-listers than in the journeymen and women who’ve travelled far and have more interesting tales to tell. I’m still kicking myself for passing up on a nice old John Paddy Carstairs memoir spotted in Keswick’s second-hand bookshop a few years ago; by the time I’d relented and returned, someone less tight-fisted had swooped.

What follows is an entirely personal selection, not a ten best (with a couple more added to the dozen since I wrote the header), or a list of essential books, so don’t go arguing with my picks. They’re all from my own shelf, all part of my personal journey, each one an eye-opener for me in its way. 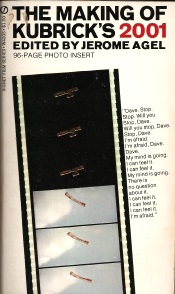 Agel’s Making of Kubrick’s 2001 is the first book of its kind that I bought, a dense scrapbook of information, essays, interviews and insights, all crammed into a thick Signet paperback with an extensive low-res photo section in the middle. There’s something a little bit hippy-trippy Whole Earth Catalog about the book which makes a great match for both its subject and its era. Editor Agel collaborated on projects with Buckminster Fuller, with Marshall MacLuhan, and with Carl Sagan, but he gets sole credit here. I own at least three other books on the making of 2001, but this one gets all the love. 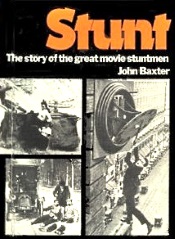 I picked up John Baxter’s Stunt around the same time as John Brosnan’s analog-era fx study Movie Magic, which is why I tend to think of them as companion pieces even though they aren’t. It was published in ’73 and so predates the modern blockbuster, but it’s strong on the silent era and later B-movies and charts the development of the stunt performer from nerveless daredevil to careful technician. I guess the true companion piece would be Stephen Farber & Marc Green’s Outrageous Conduct: Art, Ego and the Twilight Zone Case, where the conflict between safe practice and the pressure to deliver onscreen danger has never been more thoroughly explored. 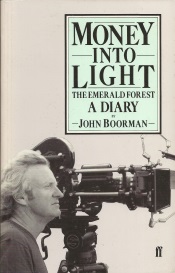 I wouldn’t say I’m a fan of The Emerald Forest, though I do consider it a well-made and good-looking movie. Of the Boorman ouevre it’s Point Blank and Deliverance that I most relate to, but this real-time diary of the setting-up, shooting, and post-production of a specific project gives you a genuine insight into the hustle, graft, and shoeleather involved in the making of a feature. 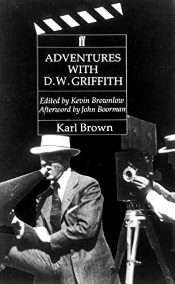 Boorman provides the afterword to Karl Brown’s autobiographical memoir, described by Kevin Brownlow as “the most exciting, the most vivid, and the most perceptive volume of reminiscence ever published on the cinema (it is also one of the few that bears no trace of a ghost writer).” Later a distinguished cinematographer in his own right, as a teenager Brown wangled a job as assistant to Griffith’s cameraman Billy Bitzer and so was a first-hand witness and hands-on participant in the making of Birth of a Nation, and later Intolerance. Brownlow’s correct in his description. It’s a great book. Brown is a natural storyteller with warmth, wit, and a deceptively easy command of detail. 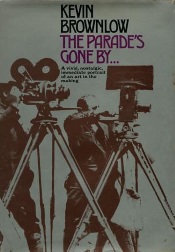 Brownlow again, and this one’s the monster. My Desert Island Book. The chapter on the 1926 Ramon Navarro/Francis X Bushman Ben Hur alone would be worthy of inclusion here, but there’s so much more. Fascinated by silent cinema at a time when it was an unfashionable interest, aware that so much material had been lost and that the living memories were about to follow, Kevin Brownlow set out to interview as many participants and practitioners from the early industry as he could track down. The result is a bittersweet panorama, impressive in its depth and range. The chapter on Abel Gance would eventually lead to the reconstruction and revival of Gance’s Napoleon, and the book as a whole is counterpointed by Thames TV’s somewhat awesome documentary series Hollywood, produced by Brownlow and David Gill. 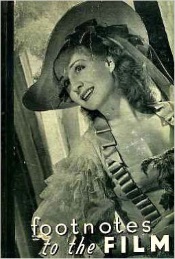 I’ve had Charles Davy’s Footnotes to the Film for so long that I can’t remember a time when I didn’t own it. I think I unearthed it on a market stall when I was a teenager. Published in 1938 (long before I was a teenager, thank you very much), it’s a selection of fairly lightweight essays aimed at the general reader. Which may not sound too promising until you see the list of contributors – Alfred Hitchcock on direction, Robert Donat on film acting, Graham Greene on subjects and stories, John Grierson on realism… along with Alexander Korda, John Betjeman and Sidney Bernstein (then an exhibitor, later the founder of Granada Television). Also – and this is important – it’s a nice old book. 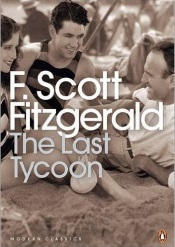 I’ve come late to Fitzgerald, and I’m catching up. For a while I avoided The Last Tycoon, knowing it to be incomplete and unrevised. But even without revision it’s an accomplished piece, and in lieu of an ending we get the author’s working notes – for a writer it’s like an anatomy lesson from a master. Though it’s a work of fiction, I’m including it here because, in my opinion, its observations on the dynamics of Hollywood, status and power circa 1940 continue to resonate to this day. 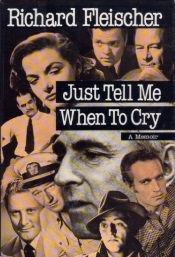 The Vikings, Fantastic Voyage, The Boston Strangler… looking at Richard Fleischer’s extensive and eclectic filmography it’s clear that the studios regarded him as a safe pair of hands for their more expensive, if not always their most adventurous, projects. More crowd-pleaser than auteur, Fleischer nevertheless brought style and craft to his assignments. From Soylent Green to 10 Rillington Place, his was the guiding hand behind many a well-remembered movie. The book is mainly anecdotal, but what anecdotes… he tells of learning the best way to handle Kirk Douglas. When Douglas would find something to be unhappy about in every scene, Fleischer realised that if he staged it to put Kirk at the centre of the frame then his concerns would magically disappear. In terms of tone and sheer enjoyment I’d put this alongside Don Siegel’s A Siegel Film.