Here’s the second tranche of favourite movie books from my bookshelf. It was supposed to stop at ten, but… well, what can I tell you? Maths O level grade 4.

You may notice that there are no books on screenwriting here. I’ve read a few but the only one I ever recommend is Goldman’s Adventures in the Screen Trade, which isn’t a how-to and may now seem dated to someone who’s only just starting out.

If you want to write for the screen, I’d recommend you study screenplays for layout (production scripts, not published versions) and finished product for structure. See how minimalist and on-point screen dialogue actually is, how stripped the descriptive prose. Then put that together with a sense of how the big, broad strokes of a narrative usher you toward closure. All else, as they say, is housekeeping. 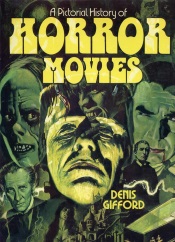 There was a loose network connecting many of the British novelists marketed as horror writers in the ’90s. We knew each other through fandom, through Fantasycon, or through each others’ publisher events, whether a panel at the ICA or a reading at Runcorn Shopping City. If we went to each others’ homes I reckon there was a 90% chance of spotting Denis Gifford’s Pictorial History of Horror Movies on the bookshelf. That distinctive Tom Chantrell wraparound cover (its influence perhaps surfacing in this) was immediately recognisable. Gifford was a fan of old-school horror cinema, his compendium a treasure trove for initiates. I reckon it hit a generation at just the right moment. We’d move on to David Pirie’s Heritage of Horror and Kim Newman’s Nightmare Movies, but this was our foundation document. 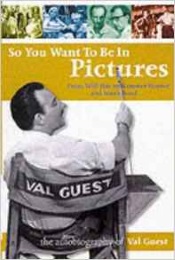 I had the privilege of conducting an onstage interview with Val Guest at Manchester’s Festival of Fantastic Films, and it’s a landmark memory for me. He was 91 at the time, hale and dapper and sharp as a tack. He’d started out as a gag writer on Will Hay films and worked solidly through the decades until his swansong with episodes of Hammer House of Horror. Along the way, The Quatermass Xperiment, Hell is a City, The Day the Earth Caught Fire… classy jobs on tight budgets, interspersed with the kind of journeyman work I referred to in Part 1. Our conversation made for a fascinating, detail-packed hour, and when I subsequently picked up the autobiography I imagined it would be a recap covering the same ground. In fact, all that we’d talked about was dealt with in the first half-dozen pages of Guest’s introduction. Everything else was new. I’ve a number of such British director autobiographies, many of them from niche-interest small presses, and I’ve found them all fascinating. Ken Annakin, Lewis Gilbert, Bryan Forbes, Roy Ward Baker, Jack Cardiff… theirs is the work that ran on television throughout my childhood, and their accounts feel like my personal cultural history. It’s as if the child in me finally got to step through the TV. 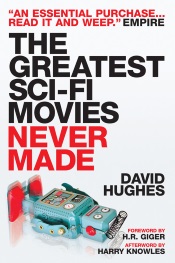 A recent addition. David Hughes writes for Empire magazine and brings this fascinating set of film-industry narratives to life with journalistic skill. It’s insider material made accessible by the clarity of Hughes’ style and the fact that most of the properties, from Superman to Star Trek, will already be engaging to the target readership. Some of the projects have since made it to the screen; this book concerns itself with the versions that didn’t. You’d think that with so much trouble, so much money, and so many talented people involved, the most likely outcome of each extended movie development process must surely be a well-honed masterpiece. Except that the quest for perfection mostly plays out like a series of train wrecks. One dumped script after another, one supplanted creative team after another, rewrites piled upon rewrites… and often, somewhere along the way, a fleeting glimpse of a superior version that quickly got stamped on. In so many cases the movie we get is not what they ultimately achieve, but what they finally settle for. 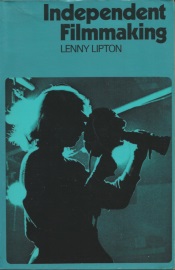 Time and technology have rendered the book largely obsolete, but throughout my 20s this volume rarely left my side and its attitudes and philosophy (“Dust is a part of life, and will not harm your film,”*) stay with me to this day. Where the likes of Movie Maker magazine were for the amateur enthusiast, Independent Filmmaking, born out of San Francisco’s underground film scene, treated you as a pro with no money. Through Lipton I learned how to handle a 16mm camera, to cut and mark up a workprint, to lay and mix multiple soundtracks, and to deal with the laboratory process from raw stock to answer print. I still maintain that cutting film taught me more about writing film than anything else, and nothing’s been wasted – when I made the switch to video cutting, the program’s workstation was recognisable as a virtual version of the editing bench. Trained as a physicist, Lipton holds patents in stereoscopy and wrote the lyrics to Puff, the Magic Dragon. 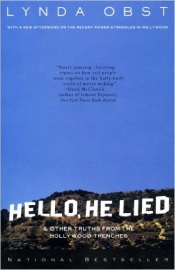 Maybe it’s not for everyone, given that it’s more a business book than one for film fans, but if you’ve an interest in the dynamics of the entertainment industry then Hello, He Lied is an indispensible read. Hollywood regimes come and go and the movie/TV quality balance has changed in the last decade, but Obst’s account is a lesson in how to rise, survive, and keep going without losing one’s perspective or sense of humour. At the time of writing she’d been involved with big-screen successes including Contact and The Fisher King, along with disappointments that she charts with with open honesty. Her credits since then include Hot in Cleveland, Helix and Interstellar. Perhaps I should recommend it as a companion piece to The Last Tycoon, for its more up-to-date insight into what film company executives – so often the philistine cartoon villains of creatives’ more self-serving narratives – actually do. 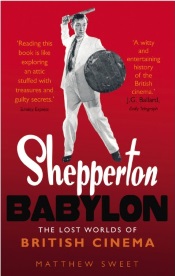 The BBC4 documentary based on Matthew Sweet’s book was a semi-surreal piece, a fever dream narrated by the voice of a creepy uncle from a wax cylinder (OK, it was Charlie Higson, but check out this short clip and tell me I’m wrong). The book itself is as thorough and absorbing a ‘secret history’ of the British film industry as one could wish, featuring many familiar names while resurrecting shadows of our forgotten ancestors. Sweet followed the Brownlow method of collecting first-hand reminiscences from old-timers who probably thought their stories held no interest for the modern world. It’s the period Britishness of the enterprise that makes it unique; I’d devised a rather painful closing gag about Sex and Drugs and Henry Hall, but I think perhaps I’ll spare you that.