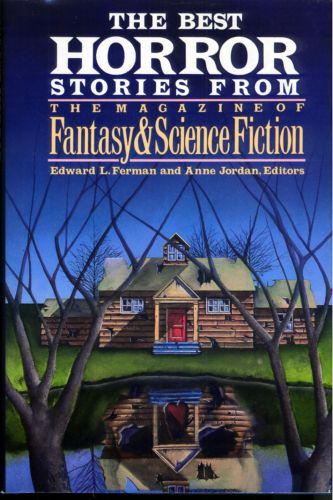 Very sad to hear of the death of Anne Jordan. We corresponded over one of my early F&SF stories and met in person at one of the big Brighton SF conventions, where she executed one of the neatest party-crashing moves I’ve ever seen to get both of us into an editor’s suite – the editor (Toby? From Macmillan? Memory falters, and keeps defaulting to ‘Carvery’)* hadn’t planned a party but the gestalt will seemed to be that he was going to host one, like it or not. As we walked down the corridor Anne locked eyes with me, grasped my arm to make an important conversational point, and spun us into the room right under the nose of the helpless and spluttering would-be gatekeeper.

(It was a brilliant party of its kind, as I recall. The next morning I heard that it had been infiltrated by three chancers, young local men not part of the convention, who hid in the wardrobe with the intention of emerging to steal when all went quiet. Upon discovery they fled, but were easy enough for the police to identify as one of them had no ears and a short haircut. His disguise consisted of clamping his hands over the sides of his head as he ran.)

Anne co-edited The Best Horror Stories from The Magazine of Fantasy and Science Fiction, which I’m guessing is what brought us to meet. A kindly, friendly, and well-remembered human being.

*Roxburgh!  It’s only taken me three years to remember