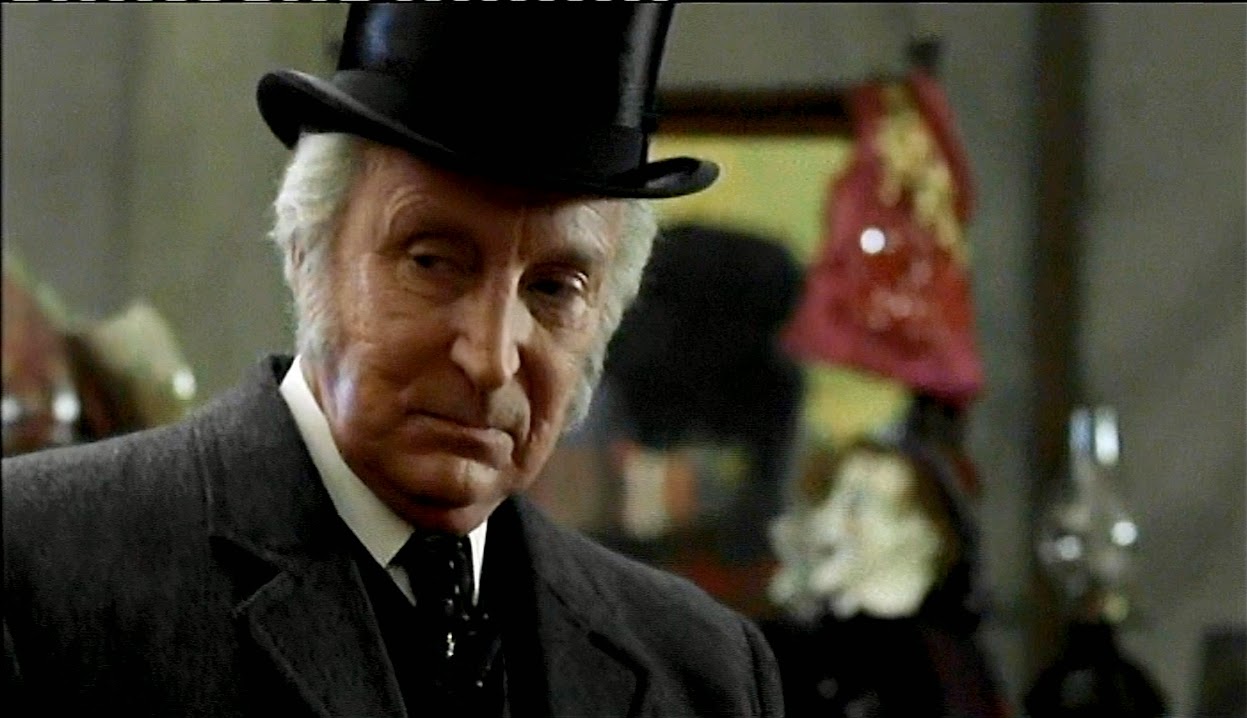 Most of my background knowledge on Arthur Conan Doyle comes from his autobiography Memories and Adventures, and from the 1949 biography by John Dickson Carr. I haven’t read the 1995 bio by Michael Coren but I understand that it goes further into the Doyle/Joseph Bell connection – the relationship that inspired the Murder Rooms BBC series – than most of the others. What I’ve read of the debate suggests that there are various camps arguing for a single model for Holmes (Bell, Doyle himself) when it’s perfectly obvious to any working writer that every character has multiple sources.

I read the Holmes short stories in my early teens and it was probably around then that I saw the Douglas Wilmer/Nigel Stock BBC adaptations. I reckon there’s always a special place in your heart  for the actor who first introduces you to the character, much as Doctor Who fans divide along generational lines and four generations of adolescent boys lusted after whoever was wearing the catsuit (Gale, Peel, King or Lumley) in The Avengers when the hormones hit. 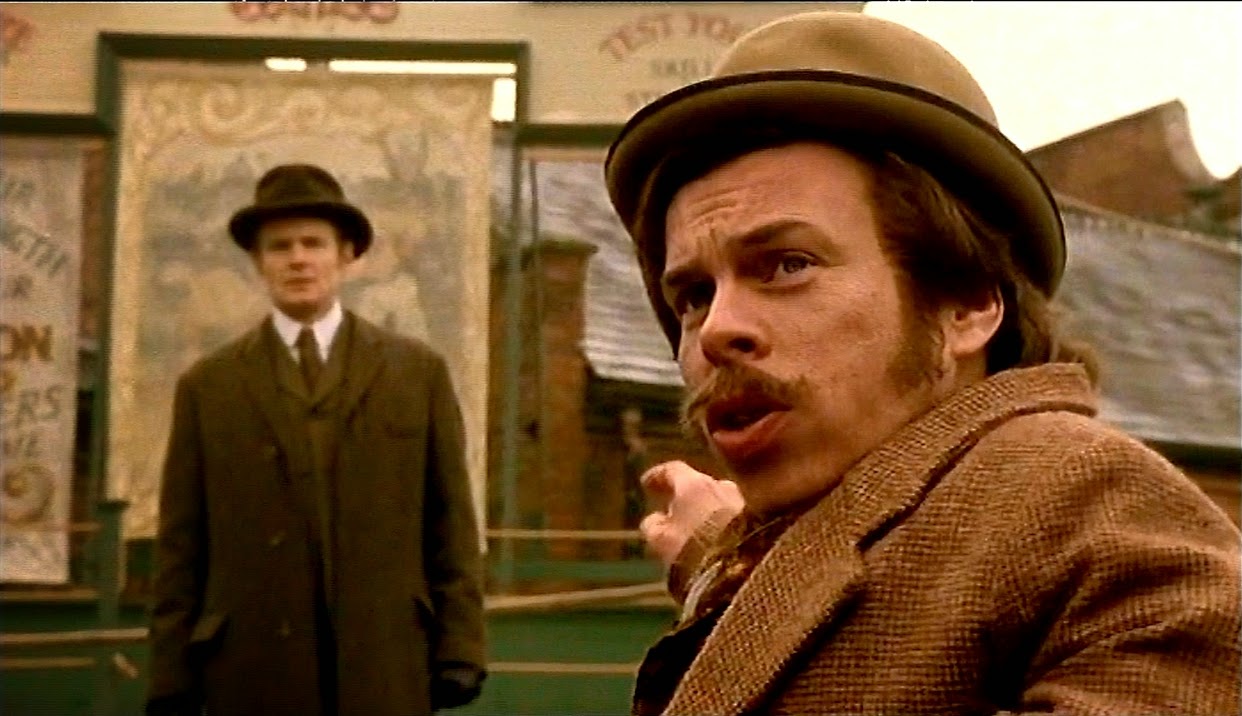 I can’t say I was ever the rabid kind of Holmes fan. I knew a boy who was, to the extent of taking up the violin because of it. If he’s stayed true to form he’s probably a coke fiend by now. I liked a core of the shorts and none of the novels, which I felt lacked the tight structure and single focus that made the stories work. As for the rest of Doyle’s output: I read Tales of Medical Life but I skipped Brigadier Gerard. I read some of the boxing stories. My big Conan Doyle book was The Lost World – loved it then, love it now. In fact I never thought about it until this moment, but now I count I’ve got at least five different editions of it scattered about the house, including a first. I even slogged my way through The Land of Mist because it had Professor Challenger in it, which is a serious test of affection. 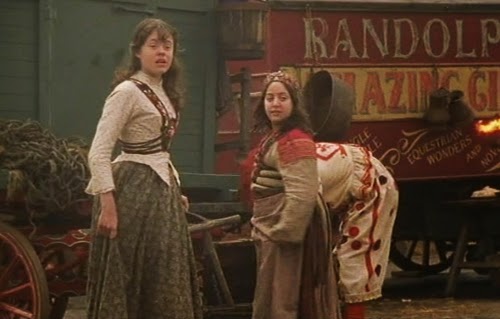 The Holmes stories that have stayed with me all turned on some elegant and ingenious element, (the fire trick in A Scandal in Bohemia, the goose trick in The Blue Carbuncle) but I think I was never quite convinced by Holmes himself. I saw him as a group of eccentric attributes that never quite cohered into a believable personality. In retrospect I think the stories succeeded because Holmes and Watson together make a single character, divided for the purposes of narrative development. What I liked about Murder Rooms was that it dispensed with the fictional figureheads while occupying the same dramatic ground, effectively reinventing the whole thing. Bell and Doyle hit all the same buttons as Holmes and Watson, but with none of the limitations.

The first time that I felt the character of Holmes approached reality onscreen was in Billy Wilder’s The Private Life of Sherlock Holmes – neither a slavish copy nor a spoof, more of a jazz riff on Doyle’s tune. Not the definitive big-screen Holmes but for my money the most satisfying. If Doyle had felt able to develop the character with the same kind of freedom, maybe he wouldn’t have grown to detest his own creation so.

At this time of writing we have two very different screen Holmeses to consider – three, if you count Robert Downey Jr’s charismatic man of action, an interpretation that drew criticism but which for my money got further under the skin of the character than any of the pipe-and-deerstalker brigade. I mean, Roger Moore? Charlton Heston? No offence to those gentlemen but… FFS… it’s like Holmes has always been fair game to any fast-moving wheeler-dealer producer with access to tax shelter money and cheap studio time.

TV offers us two radically different takes in the form of the BBC’s Sherlock and CBS’s Elementary. Note to fans; it’s OK to watch both. Benedict Cumberbatch’s version is dazzling performance art, a fascinating and superhuman creation that you’d never expect to meet in life. Jonny Lee Miller’s awkward, vulnerable and self-aware Sherlock is something else; tightly-wound and earnest, more human than superman, more psychological truth than fireworks. 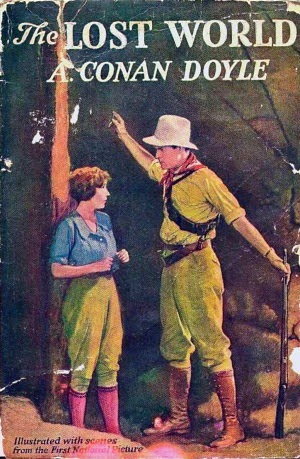 Doyle was never what you’d call a psychological writer. His was a world of concrete certainties. His certainties were entirely his own and he owed them to nobody – he believed in fairies and Empire and you could hardly call such a combination the mark of a conventional thinker – but in all his life and deeds he seems to have been free of any element of self-doubt. Which is great for a crusader and a champion, both of which roles he played in later life, but something of a hindrance when sitting down to imagine characters of conflict and complexity.

My private theory on Doyle is that inside his head he was always twelve years old. He wrote stories. He dreamed of dinosaurs. He was idealistic in an old-fashioned, chivalric, Walter Scott kind of a way. He carried boxing gloves in his luggage and challenged other boys to fights. He started to learn the banjo in middle age. When he went to visit the trenches in 1916 he designed himself a uniform.