Dark Mirages is a new book presenting unproduced screenplays by writers with genre credentials, each with a story behind it.

In my case Dracula was commissioned by the BBC and cancelled, unread, on the very day that I delivered the script. The producers were Deep Indigo working with BBC Wales.

My angle was that nobody had ‘done’ the book properly since Gerald Savory’s 1970s adaptation. Dracula is a work that’s often plundered and rarely honoured. Stoker never gets the respect that’s automatically accorded to an Austen, an Eliot, or a Hardy, maybe because he wrote an instinctive classic rather than a cerebral one.

Things would have to change, as in adaptations they always do. But for me the guiding motivation would always be the question, What was Stoker getting at, here?

I won’t insult you by explaining how the novel is a collage of second-hand perceptions, cast in the form of letters, journals, and dictated notes from the principal characters. The character of Count Dracula is offstage for much of the novel, which adds to his mystery and enhances his credibility. 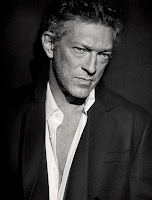 Because of this approach, you don’t get Count Dracula’s version of the events. You can work it out by a kind of literary triangulation, but I’ve never seen it done and still come out as Stoker. Dracula’s role gets rewritten, as if his character somehow isn’t integral, nor needs to be rendered with any fidelity to the author.

What we usually get is either a romantic rapist or, if the makers want to signal that they’ve seen Nosferatu, a hideous cockroach. Rarely has anyone made a serious attempt to show us Stoker’s nasty-minded, empty-hearted predator, who insists to his dissipated party-girl ‘brides’ that he’s capable of love, and then goes on to prove at great length that he isn’t.

It was the fastest, fiercest script I’ve ever written. We opened a discussion with Vincent Cassel’s people, for our Dracula of choice. And as my script made its way to Cardiff a drama executive in London heard of a proposed ITV version over lunch and cancelled our project that same afternoon.

We had a completed script, we were way ahead. The other project didn’t even have a writer yet. But the news took over a week to reach us, during which time the producers of the ITV project got out a press announcement and effectively bombed the BBC’s boat.

There’s a coda. About two years later, the BBC financed ITV’s version and screened it as their own. I didn’t – couldn’ t – watch, but the general opinion seems to be that it was not great.

One response to “Dark Mirages: Dracula”