Doctor Who: From The Wilderness Years

I’ve been archiving some old files and I came across this piece, written as the preface to a charity anthology called Walking in Eternity in 2001. Doctor Who had been cancelled 12 years before, the Russell T Davis revival wasn’t even on the horizon, and… well, read on.

I suppose now that we’re firmly into the new millennium, it’s safe to say that Doctor Who‘s niche in twentieth-century culture is an unassailable one. Would-be television landmarks have fanfared and faded (The Borgias, anyone? No? How about The Cleopatras?) but it’s the geeky, underfunded kids’ show—our geeky kids’ show, and by God we’re proud of it—that has seen them all off.

To put it simply, Doctor Who has captured a piece of the global zeitgeist like no other British show that I can think of. It’s like the Land Rover of popular culture—original, well-loved, unpretentious, inexpensive, durable, everywhere.

Oh, yes. Everywhere. Those of us who’ve worked on it over the years can testify to that. Twenty years on and the royalty cheques keep coming; they may be modest (I’ve had repeat fees for Warriors’ Gate that wouldn’t buy me a sandwich) but, like even the faintest of pulses, they’re solid proof of life. Somewhere in the world, Doctor Who is always on. And even where it isn’t on, it’s being discussed, rewatched, published about, imitated, satirised, analysed, argued over… and then before too long, it’s on again. 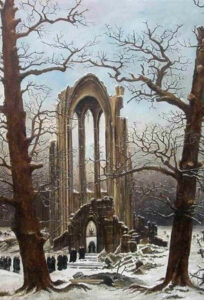 It’s the show that just won’t die. Least enthusiastic celebrants of the fact seem to be its makers, the BBC, whom one might suspect of quietly trying to kick the plug out of the wall every now and again in the hope of inducing its demise. The corporate culture may find this an embarrassment, but whether the Corporation likes it or not, Doctor Who is BBC Television’s one serious contender for a world-class brand.

Not that you’d know it. If Doctor Who was American, it would run for six months out of every year and we’d have seen eight or nine A-movie theatrical features from it by now. Various companions would come and go in their own short-lived spinoff series, and all of its writers would have executive producer status and be millionaires (just a little personal reverie, there).

But of course it’s British, so it’s off the air.

Even though it’s always good for a Radio Times Special there’s a persistence in belittling it, with jokes about wobbly sets and variable production values. It’s like it’s some home-made product whose charm all resides in the fact that we knitted it ourselves, and that we daren’t take too seriously for fear of showing ourselves up. All right, so it cost nothing to make and the monsters were always crap. But that’s all part of its charm. That’s why we love it, don’t we?

Well, no. Nobody has ever loved Doctor Who for its shortcomings. Millions have loved it in spite of them.

There is a world of difference. 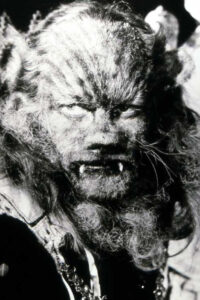 The show has something that no amount of hype, merchandising, cross-promotion, or focus-group analysis will ever bring you. It has mojo. By which I mean it has a vital quality that will always draw people to it but which you’ll never pin down. It has a life of its own. Suppress the spirit of it in one place, and it’ll pop up in another form somewhere else. Why? Because people want it to. It’s as simple as that. It’s like a popular tune. Ban it from the radio, and you’ll hear it whistled on the streets.

At least once, sometimes twice a year for the past decade or more, I’ve been approached and asked if I’d be interested in the thought of scripting a Who movie. Never by the BBC itself, but by independent producers, would-be producers or small groups of serious fans. Usually they have it on good authority that the BBC is open to collaboration with someone who can come up with the right package. I’m sure all the other ex-Who writers get the same kind of thing.

It never happens. Any more than the big feature films that are always on the brink of going into production (where the Doctor’s been cast and it’s Donald Sutherland… or it’s a woman… or Tom Baker’s coming back… or it’s Lenny Henry…) And why do none of these initiatives ever come to anything? I can’t tell you. I’m not the one to ask.

All I do know is this. Doctor Who is a durable cultural artefact with its own life, breath, and momentum.

The evidence is before you.