Everything But The Doc 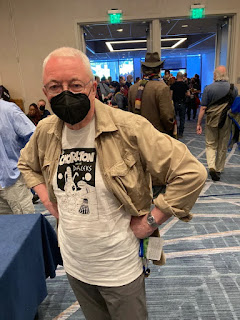 My spot on the guest list at Gallifrey One came about through my association with Cutaway Comics, a sprung-from-lockdown publishing house featuring creator-owned material in a Doctor Who splinter universe; characters, monsters, villains and others all licensed from their individual rights holders or, in some cases, their estates. I was there with publisher Gareth Kavanagh, writer/editor Ian Winterton, and artist Martin Geraghty as part of the launch of Cutaway’s Gods and Monsters megaproject.

Gods and Monsters comprises a set of one-shot comics based around individual characters followed by a six-part limited series. The series draws all of them together in a single narrative. It’s been supported by a crowdfunding campaign that was launched at the convention and which met its target within twelve hours. By the time it ended, the Kickstarter was funded almost four times over with numerous stretch goals triggered.

(If you missed out, the one-shots and series will be available through the usual retail outlets.) 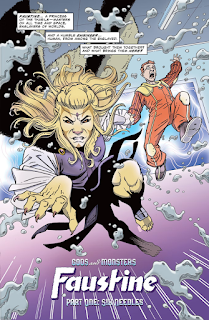 It’s a vast project but the part I tend to bang on about is the first of the one-shots, Faustine, because that’s the one I wrote. Faustine herself is a new character but the backdrop to this two-parter – if a one-shot can be a two-parter – is the human slave uprising that played a significant role in the Tom Baker Season 18 story Warriors’ Gate.

The story’s in the late stages of production now with art by Martin Geraghty, colours by Andrew Orton, design and lettering by Colin Brockhurst. I’ve watched it all coming together and it’s looking great.

Meanwhile, at Gallifrey, the Cutaway stand sold out all of its stock of current titles. We managed to escape the hotel for a few hours either side of the weekend, first navigating the LA transport system for a visit to Santa Monica Pier and a walk down to Venice Beach, and later with a rental car for a whistlestop tour where I got to show some favourite spots of mine; the view from Mulholland Drive, the House of Secrets comic book store, the ’60s TV Batcave in Bronson Canyon, the Music Box steps, the Bradbury Building as featured in Blade Runner and Harlan Ellison’s Outer Limits episode Demon With A Glass Hand (closed to the public due to Covid restrictions, but I could offer a squint through the windows).

Faustine will be available soon and Gods and Monsters will follow. Watch this space for more. 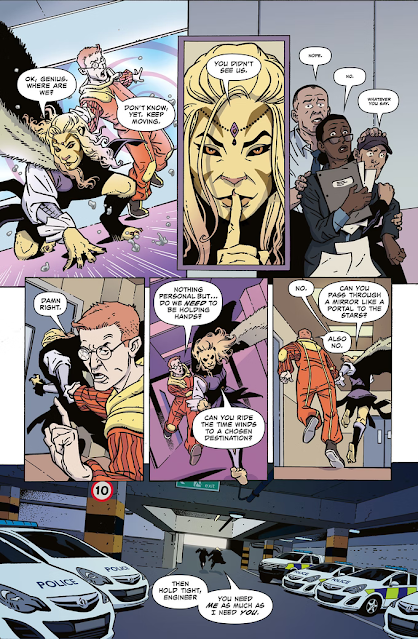