Females in Fiction and The Free Books Weekender

The backlist has been selling surprisingly well this past year, with no particular effort on my part. You’d think that would be enough of a reason just to let things be. But it’s New Year’s Day and in this idle, slightly worse-for-wear moment I’ve been inspired to risk rocking the boat with a gratuitous ebook promotion.

It’s that, or do some work. And I fear that this is the only inspiration I’m likely to get today.

So if you gave or received an e-reader or a tablet for Christmas, or just happen to own one, for this coming weekend only you can download Red, Red Robin and The Painted Bride for free. Free. Zilch. Nada.

And then from Monday to Friday of the following week you can pick up Nightmare, with Angel at a heavily discounted price. 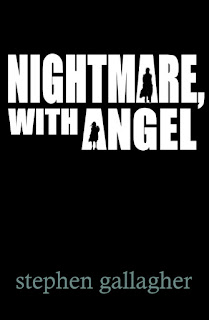 Red, Red Robin is set in Philadelphia and Lousiana. It’s a big manhunt/revenge novel, featuring British expat Ruth Lasseter and her need to end the campaign of the young man who once came close to taking her life.

The Painted Bride is a lower-key piece, set in the English marshlands and concerning ex-junkie Molly Gideon’s fears for the safety of her dead sister’s children at the hands of their father.

Nightmare, with Angel plays out against the fall of the Berlin wall as German-born Marianne Cadogan enlists the help of an inappropriate outsider to search for the mother who abandoned her.

Only now does it strike me that all three novels feature female protagonists. That’s not by design. These were just the stories that I wanted to tell, in the best form I could think of to give them. My 2015 Twitter feed has been a lively one, from Mad Max: Fury Road to The Force Awakens, with calls for affirmative action to promote strong female characters opposed by cries from those unwilling to share their clubhouse with a bunch of girls.

But for my part, I’ve no agenda. With me it’s just logic. The thrillers I grew up reading came almost exclusively from Men Who Couldn’t Write Women. Their default female characters were the grateful virgin or the hardbitten femme fatale, each required to melt into the hero’s arms at the end. There was even a name for them, the ‘love interest’.

(It was true of even the best of the bunch. I’m sure that a study of John D MacDonald’s maternal libertines –  women of experience to be bedded, repaired, and waved goodbye to – would give any psychotherapist a shot at a Plumsock Prize.)

How best to put this? The dodgy sexual politics of earlier decades have left us with an opportunity. There are entire areas of previously male-dominated fiction where the complex female lead has been underused. You can talk about gender balance or social engineering, and that’s fine. I empathise. But, professionally, what I see to fire me up is a source of fresh material. I am, above all else, a self-interested opportunist.

So am I right, or am I wrong? For this weekend only, you can find out for nothing.