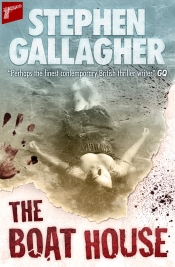 If you prefer, you can skip the story and go straight down to the link for the free book. Otherwise…

In 1984 I travelled to Finland and took the train to Leningrad, as St Petersburg was then known. I was alone, with a backpack and not much money. I’d been living by writing for four years and it wasn’t going all that well. My second novel had tanked and my third was unsold. Yet here I was, digging into what little reserves we had to gather the material for a fourth.

This was Soviet-era Russia and so travel was restricted, and had to be organised through the state-owned Intourist agency. I couldn’t get into Russian Karelia so I began the research in that part of the divided region that lay within Finland; the area had been split up in 1940 after the Winter War, and the border ran right through it.

All for the backstory of a book set mostly in the Lake District.

That’s how I worked, back then. I was neither worldly nor experienced, so I’d go out into the world on a calculated mission to record some experiences. My method’s still the same although the backpack hasn’t been out of the attic for some years, and I’ve lost my taste for dossing on railway station platforms.

You know what brought it back? A Disney song on the radio, heard while driving home from town a couple of hours ago. Because it made me realise that The Boat House is essentially a modern-day reimagining of The Little Mermaid.

Which led to an impulse to go online and schedule a couple of free days for the book on Kindle. So for March 13th and 14th you can download it from Amazon for absolutely nothing.

And the novel? Like the one before, I couldn’t sell it. Until I sold Valley of Lights, and then The Boat House went for a shedload of money along with the previous book. Film rights too, but that’s another story.

While it’s free, get it here.