From Chad to Cumberbatch 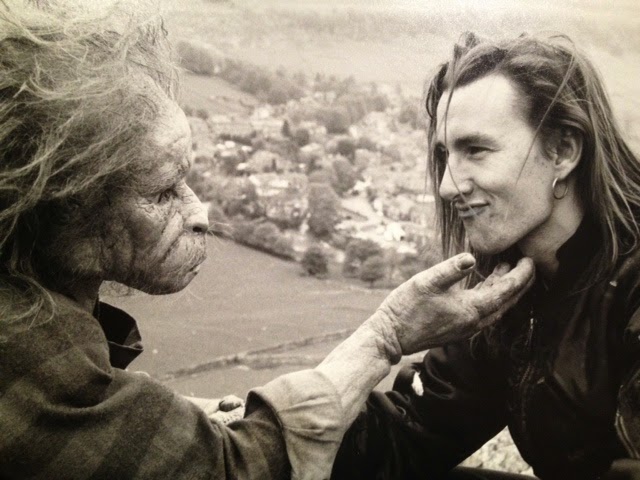 Back in 1990 I drove down to Pinewood Studios for the first of several visits to the workshops of Bob Keen’s Image Animation, a special effects company that had supplied prosthetics and animatronics for Richard Stanley’s Hardware and Clive Barker’s Hellraiser movies.

It was all a bit of a scramble. The script of Chimera had been doing the rounds of UK TV companies for over a year. First it had been picked up by development producer Simon Moorhead, then Morse producers Zenith had thrown their weight behind it.

Each of the majors had turned us down and we’d all but given up hope when a foundering project created a sudden gap in Anglia TV’s production schedule. That misfortune was our opportunity. We found ourselves with a four-hour monster show to make and not much time to make it in.

It was a great experience for me. I got to hang out everywhere, and it would be a long time before I’d again get to be so hands-on in a show. The design and building of the creature is covered in one of the featured extras on the Chimera DVD, which can now be had for less than a fiver if you shop in the right place.

Our project was handled for Image Animation by Simon Sayce and our creature designer was an FX artist introduced to me only as Little John. They’re both in the documentary, and that’s Little John in the picture above. Behind the Chad mask is movement specialist Douglas Mann.

In the years that followed, I often wondered what had become of some of our team. In Little John’s case, Google was no help. He was even billed as Little John onscreen and on the IMDB, where his credits stopped soon after. When someone seems to vanish from the record, you fear the worst; it’s a precarious business, even for the most talented.

Last week, a development; thanks to the combined research efforts of the Demonic Offspring and filmmaker Paul Campion, I learned that not only does Little John have a surname but that I failed to stop his career in its tracks.

John Cormican is now the senior sculptor for Madame Tussaud Studios, travelling the globe and handling many of their high-profile projects. In the video he takes us through the measuring and modelling of Benedict Cumberbatch’s figure, much as he did for my camera in the Pinewood workshop all those years ago. Look at the work here and you’ll see why he’s reached the top of his profession.

(Or if you’re one of those lured here by the Benedict factor, take whatever you need)

All this pleases me more than I can tell you.

UPDATE: Well, this is just a bit spooky; from the Time Celebrity Newsfeed, “Watch Benedict Cumberbatch Pretend his Name is Chad”.