Author, historian, and adventurer at the intersections, Brandy Schillace spends her time in the mist-shrouded alleyways between literature and medicine. 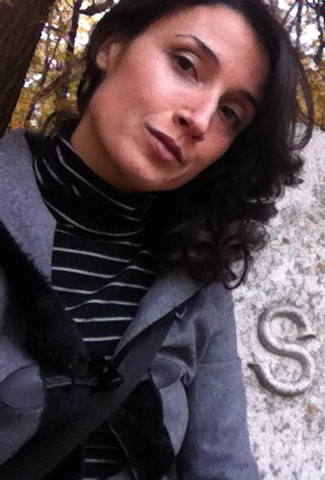 Brandy grew up in an underground house in abandoned coal mining territory near a cemetery. It does things to you (like convince you to get a PhD). It also encourages a particular brand of fictive output. HIGH STAKES, Book 1 of The Jacob Maresbeth Chronicles, came out in 2014 with Cooperative Trade Press.

Brandy is managing editor of Culture, Medicine, and Psychiatry and Research Associate for the Dittrick Museum of Medical History. She is also editor of the Fiction Reboot | Daily Dose blogs. When she isn’t researching arsenic poisoning for the Museum, writing fiction, taking over the world, or herding cats, she teaches for Case Western Reserve University. Her non-fiction, DEATH’S SUMMER COAT, comes out with Elliott and Thompson in 2015.
_________________________________________________

I write fiction. Sometimes, I even get it published. My young adult series about a 16 year old boy suffering from a blood disorder (that may or may not be vampirism) released in April. Funny thing is, I am a scholar, too. I work in a museum. I publish books on the history of birth and the history of death. I teach classes. I edit a medical anthropology journal. I develop medical humanities curriculum. And I have learned to dread the cocktail party query “So what do you do?”

It seems so innocent—but answering it the right way would take, I don’t know, three years. So I end up picking one thing over another, a process just as fraught with landmines. “I’m a writer” gets you the Oh, so you don’t really work look. And because murder is wrong, I’ve switched, instead, to saying that I am some stripe of academic. That’s only slightly better. Oh, so you really work but don’t actually make money. What can you do? The alternative is to explain exactly how I ended up in this crazy self-created position—and, because Stephen is a patient guy, that’s what I am aiming for today. How did all these incongruous threads lead to fiction? 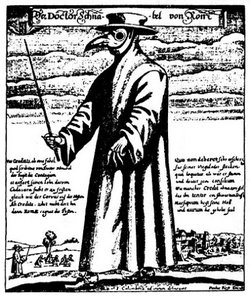 There is a term for people like me; we are frequently referred to as alternative academics, or “altac.” It’s much nicer that “weird” which was the appellation of my years in secondary school. You can blame the urchins for unkindness, but I did grow up in an underground house near a cemetery in abandoned coal mining land. I spent a lot of time reading about the Black Death and writing scary stories while eating lunch on someone’s tombstone. Does that sound morbid? Probably. I had a brilliant childhood, great parents, and a brother whom I adore—but we also faced poverty, lost jobs, my father’s heart failure, and my mother’s cancer. I lost aunts and uncles, I lost grandparents, I lost my cousin to a knife-fight on Christmas Eve. People got ill. People were in the wrong place at the wrong time. By the age of eleven, I had learned that nothing is permanent, and for years after I would listen when my parents were sleeping to make sure they were both still breathing. An early interest in history, fate, and the spread of disease only makes sense in a context that, for a young adult, didn’t make much sense.

My parents both recovered. They now live in Kentucky with my brother and his wife and children. My life was far from tragic; it was just starkly real. And those years spent reading bubonic plague and gothic novels did something to my brain—it convinced me to get a PhD. Crazy, I know. And because I am me, I did it a bit upside-down and backwards. I have a PhD in 18th-century British Literature… but I wrote my dissertation about women’s bodies, minds, and health. Literature was part of a medical and historical narrative for me, only I didn’t realize it until after getting my first academic job. Three years on the tenure track, and I felt stifled by niche. In my “spare” time (academics teaching 4/4 do not have spare time), I managed a medical anthropology journal—and I kept publishing about the history of midwifery and birthing tech. And vampires. And syphilis. As one does. And somewhere in the middle of that, I kept writing fiction. I worked on a story that incorporated my strange childhood home (unpublished), and I began writing about a teenage boy struggling to make sense of a mystery illness—which has evolved into The Jacob Maresbeth Chronicles.

How do we make sense of illness? Or death? Or sudden disability? I reflected once again on the power of ritual and hope in the face of these things, but also about the power of humor. Graveyard humor—as my family knows no other kind. Can you laugh in the face of death? I think so. I crafted the series to be light-hearted and adventurous, silly and funny even when dealing with serious issues. Teens have enough angst; I had a childhood full of it, and some pretty serious anxieties, too. But you can’t live that way. We have to take risks and be bold, be different, be willing to step out. And—for better or worse—I took my own advice. I left the tenure track job (on purpose) to pursue something else in a new field. I now work as a research associate and guest curator at the Dittrick Medical History Center. I do public engagement, lectures, exhibit work, etc. But half of my time is now dedicated to freelance writing, too; at present I’m writing a non-fiction work on (big surprise) the history of death ritual. I am finishing up the third book for the Jacob Maresbeth series, too, book three of my fantasy series, and the first book in a set of “cozy” mysteries. Does the history of birth, the history of death, or the history of medicine have anything to do with these fictions? They do. I am a medical humanities scholar—and the point at which all things connect and collide is that same unruly, indecipherable, unconquerable self: the human being.

You can see, I think, why this doesn’t work as a cocktail party answer. But then again, maybe it does. The next time someone asks me—or any of us—what we do, perhaps we should answer with who we are. I am a writer. I am an adventurer at the intersection. I am only me—

And that’s usually enough to be going on with! 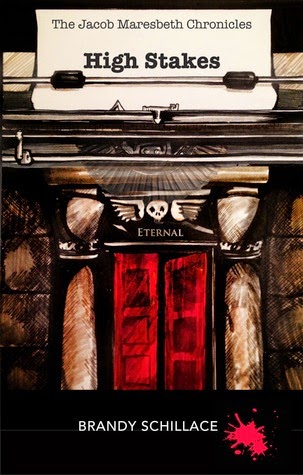 “I’m not a vampire,” insists Jacob Maresbeth, teenage journalist for the school paper. But what is a vampire, really? What happens if you have all the right symptoms, but are a living, breathing sixteen-year-old boy?

Diagnosed with a rare disease, Jake can’t help but wonder. After eight years in and out of the Newport News hospital, he’s had it up to here with doctors, diseases and dishonesty. After all, Jake’s father, respected neurologist Franklyn Maresbeth, has been hiding some of his more unusual symptoms for years… particularly that part about drinking blood.

In High Stakes, Jake records his summer vacation in the home of his maiden aunt, the bangled and be-spectacled Professor Sylvia. If that isn’t bad enough (and it is), Jake and his theatre-loving sister Lizzy must keep the “unofficial” details of Jake’s disorder a secret from Aunt Sylvia’s seductively beautiful graduate student, Zsofia. Will Jake survive a whole month pretending to be an invalid? Will Zsofia weaken his resolve with her flirtatiously dangerous Hungarian accent? Will Jake lose his heart–in more ways than one?