I recently guested on a late-night radio music-and-chat show where the topic of conversation was “My Mis-Spent Youth”. To be honest, I don’t think my youth was particularly mis-spent. Comics, B-movies, telefantasy and cheap paperbacks pretty much gave me a career. But you have to get into the spirit of the thing.

So I talked about my happy hours at the Prince’s Cinema in Monton, just outside Manchester. The subject was fresh in my mind because I’d recently given this interview to Simon Barnard of Bafflegab, the production company entrusted with the making of Hammer Films’ new series of audio Chillers.

It was at the Prince’s (Prince, singular) that I first encountered Hammer films in all their gory big-screen glory, in the form of the Sunday double-bill. Barely remembered now,  the Sunday double feature was a programming mainstay of the UK’s local cinemas. With Hammer you always got value, but often they were the kind of films where the posters promised much, and the films delivered… well, perhaps not quite so much. You’d find anything from William Castle films to early Cronenberg; it was here that I saw Herk Harvey’s Carnival of Souls, a no-budget gem whose poetry shone through the most basic of craft, and which I’ve written about here. 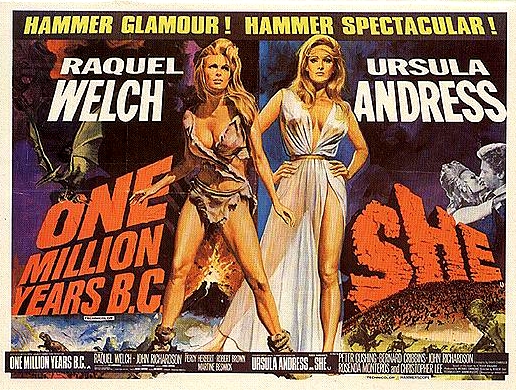 The Prince’s was only a little local cinema, not one of the first-run houses. It was a classic ‘Smallest Show on Earth’ place, managed by a husband-and-wife team whose quiet dedication to their calling I’m only now able to appreciate. They ran a kids’ Saturday matinee that was like a zoo during an earthquake. He wore a suit and dickie-bow and ran the front-of-house; she had one of those ’60s piled-high hairdos and sold the tickets.

I don’t think I ever knew them by name, but the internet serves them up as Jim and Joan Shepherd. It was Joan who, when I was hit on the head by a flying frozen Jubbly (Google it) thrown from the back of the stalls, dried my tears, cleaned me up, and sent me home to change before readmitting me just in time for the cartoons and serial.

And it was Joan who turned a blind eye when I started showing up for the Sunday Hammer doubles when barely into my teens. The films were X-rated  but after all those matinee Saturdays she recognised my devotion, I’m sure.

And now the world comes full circle. I’ve had various Hammer connections over the years, though for decades it was more of an undead company than a living one. Right at the beginning of my career I had a number of pitch meetings with John Peacock, scripter of To The Devil a Daughter and sometime story editor on Hammer House of Mystery and Suspense, at that time the point man for a revival by the company’s new owners. They didn’t buy anything from me but I’m consoled by the fact that they didn’t buy anything from anyone else, either. Whenever the company changed hands,  there was always the announcement of a new lease of life for a great British brand, the promise of a slate of new high-class horror. But as one insider explained to me, the reality was that the back catalogue was the real prize, a modest but reliable cash cow, whereas new production offered nothing but risk.

In the meantime I was getting to meet many of my Hammer heroes at the Manchester Festival of Fantastic Films. My daughter would scurry about the place collecting autographs; years later, as PA to Hammer CEO Simon Oakes, she’d be the only company employee able to name-drop the likes of Val Guest, Jimmy Sangster, or Eddie Powell.

(A job she landed without any help from me, I ought to add. None of your “James Caan” special privileges here. Even if she’d cared to trade on it, my small faux pas in an earlier pitch meeting would have made my name a dubious asset at best.)

But now here we are; with Friday’s release of the Hammer Chillers I get to be a part of it all at last. The Chillers are half-hour audio dramas, available as downloads or as a CD digipack, to be released on a weekly schedule with scripts from Mark Morris, Paul Magrs, Christopher Fowler, Robin Ince, and Stephen Volk. A killer lineup by anyone’s standards.

My story, The Box, is up first. I’ve listened to an advance copy and I’m really happy with the way it’s turned out. It’s something of a return to my roots and the first audio piece I’ve written, I think, since my episodes for Radio 4’s Man in Black series.

An early review from Starburst reads:

“…the truth behind The Box was one that will stay with me for a while… As an audio production this is first rate; from the first bar of the opening music to the final bar of the close the sound is full, rich and deserving of being heard on decent headphones or speakers. All the ingredients come together when Sean takes his turn in The Box and the sequence feels very claustrophobic in terms of the sound, acting / directing and the writing… everyone involved has worked hard to produce a high-quality production in the Hammer style.”

While from SciFi Bulletin:

There’s a steadily rising air of threat throughout the story… A neat tale whose last line will haunt you long after it’s finished.

The Box launches the series on Friday, June 7th.

UPDATE: A terrific review of the first three releases in the series from SFFAudio.com.

Click here for everything you need to know about the Hammer Chillers. 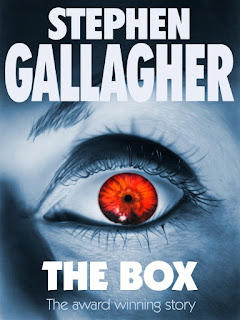