If you want to feel old…

Movie prop collector Ian has sent me this display cabinet photo of the Chimera prosthetic head that he picked up on Ebay, one of the three created for the 1991 ITV production. A lucky find, given that it was listed there as a “Planet of the Apes Mask”. 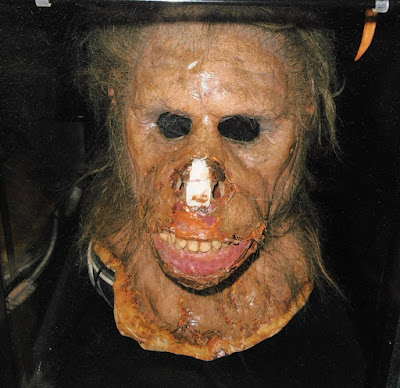 Here’s how he looked in better days: 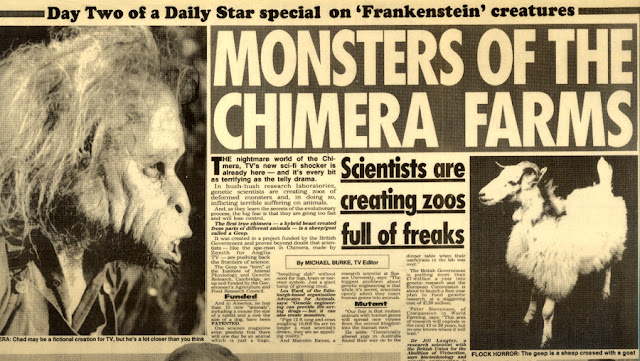 The flexible latex foam skin isn’t made to last, and it doesn’t. Ian writes: “There are quite a few feet of cables on it which I wound around the base of the head it is mounted on. Quite dry and crispy when I got it but the skin is now sealed and should hopefully last well.” 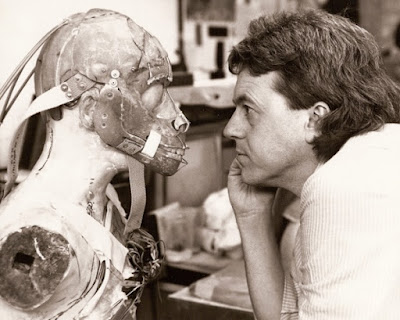 “Planet of the Apes Mask” isn’t the only odd description to surface in recent weeks. Here’s a catalogue listing from an auction being held by Bamfords in Derby next Wednesday, June 8th: 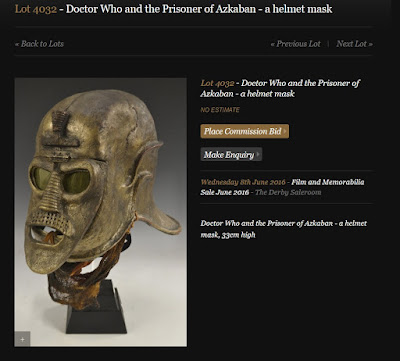 Doctor Who and the Prisoner of Azkaban?? It’s actually one of the Vanir helmets from my story Terminus.

Looks in rather good nick, too. I might have been tempted to put in a bid… but I ain’t going up against that J K Rowling, she’s got way more firepower than I can muster.

UPDATE: With corrected details, the Vanir mask went for a hammer price of £1,400.00.