While sorting through some old files I came across this film review from the year of Jurassic Park‘s release. I don’t remember writing it, or for whom it was written. But dated references to video (ie, VHS), to the then-unbuilt Universal Studios ride, and to competing movies… they all have the feel of another era, whereas the movie still seems to me like pretty fresh goods.

I rewatched it recently, and its age was never an issue. And what I wrote back then is still a fair reflection of what I think of the movie now. Durability beats novelty any day. 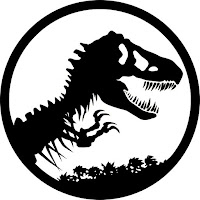 Over in the US, at least, the commercial shape of this summer’s movie season appears already to have been set. CLIFFHANGER as the well-timed warm-up act, not quite a contender but perfectly fine to keep us going until the blockbusters come along. SLIVER straight down the tubes, gathering critical disdain and playing to empty houses. THE LAST ACTION HERO a major embarrassment; a ton of money, a mess of a film, and limping along in the wake of the one movie that was obviously a clear winner by the end of the day that it opened. They’re still counting, but JURASSIC PARK has taken over one hundred million dollars within the first two weeks of its release. It managed this by opening everywhere, a massive investment in print costs alone; and in some locations this was maximised by chaining the print through a succession of projectors to play two or three auditoria at once. They were filling them, too. 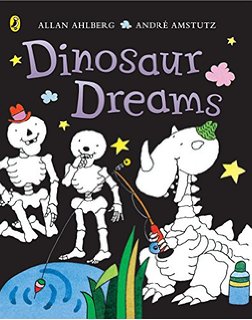 Is it worth it? I think it probably is. As a suspense movie, it’s about half as good as JAWS. But the realisation of the dinosaurs is technically perfect and there are some set-pieces (most memorably a Tyrannosaurus attack on a jeep and a stalking through an empty visitor centre) that are worth the price of admission alone. JURASSIC PARK may be a so-so story, but it’s a magnificent ride. It’ll make a great feature on the Universal Studios tour (are they planning one? Are you kidding?) and it’ll clean up on video. The merchandising is, perhaps, another matter; there’s no protectable copyright on the dinosaurs themselves and all they really have to sell is the logo, which resembles something out of the Ahlbergs’ FUNNYBONES. Anyone can cash in on the fever, and everyone seems to be doing it.

Spielberg has added a few typical personal touches to the narrative of Michael Crichton’s spare and one-dimensional novel, most noticeably in the Sam Neill character’s reluctant conversion to the role of protective father-figure. There’s a hug-a-stegosaurus scene which is pure Spielberg (seeing this and thinking back to ET, pets must have filled a big void in the director’s early life) and he’s dealt with the book’s least appealing aspect, the whining and stereotypical characterisation of Hammond’s young grand-daughter, by giving her a piece of the action instead of simply making her a drag on the Guy Stuff. Richard Attenborough’s John Hammond character is rather wasted – he comes over as well-meaning and dim, a Walt Disney without the buried dark streak – and there’s a general lack of any point to be made. The novel’s point, that there are penalties to be paid for hubristic science, is buried somewhat. Not much surprise there; it’s a hard line to sell in the context of the fun we’ve been having.

This kind of cinema is the modern equivalent of the sensational theatre spectaculars of the Victorian era where one could see Ben Hur’s chariot race live on stage with full teams of horses running flat-out on rollers. Great fun, low art. And if it leaves nothing lasting beyond a sense of awe at the occasion. . . well, pardon me for saying so, but what a strange life it must be in which that counts for nothing.