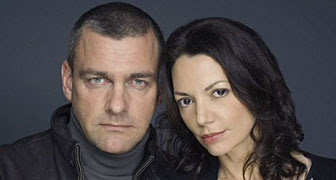 The last of my script downloads – for now, anyway – is a two-part supernatural mystery that aired on BBC1 in April 2007. It was commissioned by Gareth Neame for Carnival and featured Ray Stevenson, Joanne Whalley, and Jemima Rooper. The director was Jamie Payne.

Life Line began as a short story for Chris Morgan’s Dark Fantasies anthology in 1989. I adapted it as a half-hour audio drama for Radio 4’s Fear on Four 1n 1994, and then sold it again in 1995 for the never-made second season of Yorkshire TV’s Chiller anthology series.

When Gareth asked me to pitch for a BBC1 slot that he was looking to fill, I returned to the premise but completely refashioned my take on the story. The premise was that of a telephone chat line where, it gradually emerged, not all of the participants were among the living. I needed to create something that would go the greater distance, and drive the premise to a decisive conclusion.

It made a slick, good-looking show with a fine cast. My instinct was that it would have worked better at 90 minutes but you go with whatever opportunity you get. The script was instrumental in getting me work in the US. Danny Cannon would later urge me to take yet another swing at it for a feature, but by then the premium-rate telephone chat line had been superceded by other forms of social media, and none of them had that ‘voices from the dark’ element that had fired me up from the beginning.

But back to the moment. As the air date approached I looked out for any previews and trails, the way you do. Maybe the promotions people were saving all their ammo for a big last-minute push? There was one junction in which a trailer had been run for each of the preceding stories and when this came and went with none, I wondered what was going on. When I saw the schedule for the week, I understood.

Here’s what we were up against in the same slot, live on ITV: 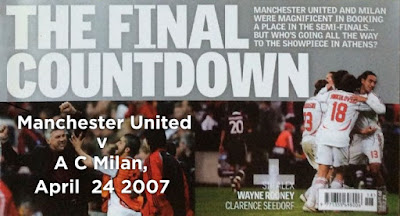 Rather than waste their efforts on competing with the live match, they’d effectively written us off.

If, after the unmade Desert Knights and the prematurely cancelled Murder Rooms, it’s starting to look like these script downloads all bring with them some tale of woe, let me remind you of what I said at the beginning; I’m limiting them to old material that has no market currency now, with no specs, no recent shows, nothing that’s in turnaround.And in this case, something that deserves a little more light than it got on the day.

Maybe I should have gone with that feature after all.