The Orion Gateway release for May 7th: 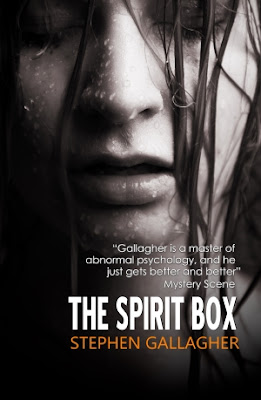 “The finest British writer of bestselling popular fiction since le Carré … Gallagher, like le Carré , is a novelist whose themes seem to reflect something of the essence of our times, whose skill lies in embedding those themes in accessible plots.”—The Independent

Rachel’s in trouble. She’s a ticking bomb. A couple of co-workers bullied her into stealing a radical new drug from their employer, and now it’s lodged inside her. They’re watching her like hawks and her time’s running out. John Bishop runs security for the company; as a father who once lost a teenaged daughter to an accidental overdose, his drive to hunt down the thieves and rescue their victim grows more intense with every lost minute. He can never bring his own child back. But he can save someone else’s. Then his superiors realise that if the swallowed package bursts and Rachel dies, their secrets are kept safe and their problem goes away. Though Bishop’s on the trail, he’s an easy man to cut loose and discredit. But now he’s Rachel’s only hope.

“Gallagher’s hardboiled style is pitch-perfect for the tale’s grim events, but he leavens it with dislocating moments of powerful emotion that draw the reader irresistibly to the characters. The novel packs a wallop that should make an impact on fans of both suspense and horror fiction.”—Publishers’ Weekly

“Stephen Gallagher has carved a highly individual niche with his distinctly psychological approach to the genre.”—Yorkshire Evening Post

“His prose is clear and diamond-sharp, his imagination dark and vivid… a terrifying walk along the edge of nightmare.”—Time Out

“One of Britain’s most exciting writers of literate, nerve-shredding thrillers.”—Starburst