No Time To Die: My Spoilerific Review 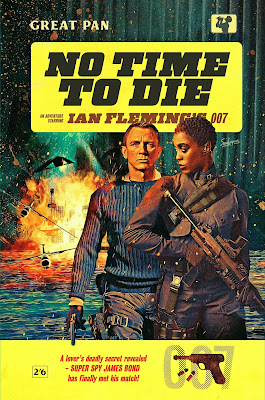 Me and Bond go way back, back to when I saw Dr No with my Dad in Monton’s Princes Cinema on its first run. Then From Russia, and on. We went to each new movie until I got a girlfriend to go with (something with a generational resonance that passed over my head at the time).

I’m not obsessive, but you can say I’m invested. I mean, I got into the press show for Star Wars, but the subsequent spinning-off and franchising have diluted my affection to a homeopathic level. Meanwhile each new Bond title, each new casting, has been a standalone event. I can more or less map my life against them, so I’m more aware than most of how each phase of the series reflects its era.

I can’t remember when I last looked forward to a release with as much anticipation, and I wanted to go in with perceptions unclouded. If you feel the same but you’re holding out for the streaming price to fall, or you’ve the Blu Ray on preorder, skip away and come back when you’re done. I expect I’ll still be around.

Craig’s been terrific in the role, I think. I’ve written elsewhere of how he crossed my radar on an earlier, unmade project, so I was sold from the start of his run. The essence of Bond is that he’s toxic masculinity weaponised for the common good. Team Craig’s achievement is that his Bond is aware of the fact, and isn’t at peace with it. The humane approach doesn’t sit well with some, who are quick to call it ‘woke’. But there was a time when a two-fisted lothario could be promoted as something admirable, and that time is not now.

So what did I think of this latest? And, for Craig, his last?

Let me say that I loved what they set out to do, and where that was aimed to take us. But not unconditionally. Not the way I loved Skyfall, where I could disregard its preposterous foundation for the joy it unlocked.

As a writer I guess I have to focus on the script to work out why. Many people, quite a few critics included, see script only in terms of dialogue. But scripts are nearly all structure. What happens, in what order, and where does it land. Structure first, then dialogue as necessary.

Purvis and Wade have been the largely unsung heroes of the series since The World is Not Enough, often overshadowed by the addition of a more celebrated figure to work over their material. I’ve no inside line on how well that works out, but I do occasionally think it shows.

The issues I had with No Time To Die were less about intent, more about narrative clarity. I didn’t buy Bond’s go-to blaming of Madeleine when literally any of his enemies could have foreseen a visit to Vesper’s tomb, yet his rejection is fundamental to everything that follows; the journey, the discovery, the regret, the redemption (it’s a point that could have been so easily sorted with a misreading of some secretive behaviour that pays off later as the pregnancy reveal). Blofeld and Spectre made for a diversion that easily exceeded their story value. The actual villain’s plan and the nature of his weapon were so unclear that I reckon a lot of people maybe didn’t get why Bond had no choice beyond a selfless sacrifice at the end.

(and I felt I had a better chance than most at grasping the implications of a DNA-targeting disease, having used the same device in a TV episode in 1995. UPDATE: I’ve given NTTD a second viewing now and I’m still no wiser as to who are the millions that Malek’s Lyutsifer Safin plans to kill, or why)

Don’t want to say I didn’t like it. I’m too onside for that. But kind of wish I’d liked it more. 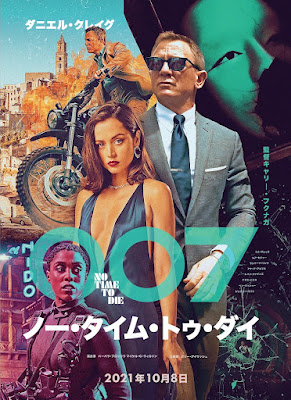 Where they’ll go next I don’t know, but I sat next to Barbara Broccoli at a screenwriters’ lunch once and I know she’s smart. Too smart to look me up again, apparently, but what can you do. If you stay around until the end of the credits the final card reads, as ever, JAMES BOND WILL RETURN. Some people are assuming this is an indication that he’s somehow survived the blast, or that they’re now committed to continuing with Lashana Lynch’s redesignated 007.

What I’d say it points to is a franchise reboot. New deck, new game. So what if he died in this one? There’s more than one film about Jesus. More than one staging where Hamlet always gets it at the end.

The Bond phenomenon involves an unusual pact between makers and audience. We all know there have been other Bonds and other movies. Both sides enjoy nods to them while accepting that this one’s the present reality, a self-contained iteration of the character. Casino Royale started with Bond earning double-0 status with his very first sanctioned killing. So that was a debut, not a continuation. Yet in Skyfall we all lit up with delight on the reveal of the Goldfinger Aston Martin, machine guns at the ready.

I regret that they didn’t put Moneypenny back in the field. Naomie Harris shone in Skyfall and I’ve been itching to see her used more in every outing since.

But it’s too late for that now. New deck, new game.