Movies about magicians are tricky.

OK, now we’ve got that out of the way, let me explain. One of my less satisfying viewing experiences of the summer was a heist movie called Now You See Me, the premise for which involved four illusionists teaming up and combining their skills to pull off a series of spectacular and ingenious crimes.

The spectacle was there but key moments of that ingenuity were achieved with VFX rather than performance skills. So where’s the point? Magic, like dance, is one of those things that you appreciate because a human being is doing it.

In the early days of television, screen magicians understood that without a perception of honesty in the presentation, the person-to-person trickery has no value. So no cuts, no camera tricks. We expect to be fooled, but not cheated of any chance to spot how. In these less principled times, when exposed dishonesty has been rebranded as ‘constructed reality’ and no one admits disgrace, it’s possible to see concocted TV magic where no magic is performed at all – a performer pretends to do a trick, a crowd of stooges pretends to be amazed, and the trick itself is faked in the edit. Check out online magic forums to see other magicians calling out the offenders.

But what does that matter in a movie? They’re actors, not magicians, any more than Natalie Portman and Mila Kunis are ballerinas. And the actors do a creditable amount of work to convince us that they can do this stuff. Many of the story’s illusions mimic famous effects, and magic advisor David Kwong was involved at the scripting stage:

CGI was employed in hand doubling for more elaborate moves and one trick where Fisher’s character floats above the audience in a bubble. “They’re portrayed as the magicians of tomorrow,” he says. “The director asked me what tricks I wanted to do, but never quite had the method for them.”

That’s where the film falls down, in director Louis Leterrier ‘s cavalier use of what’s been placed at his disposal. There are tricks here that look like known tricks, but with a damaging sense of no method behind them. Behind all magic stands hard science. As Christopher Priest suggested in The Prestige, the most significant element in an illusion is the invisible work behind it, referred to as The Trouble.  With its emphasis on planning, execution, and surprise, The Trouble is also a fair description of what makes a successful heist movie tick.

Now You See Me‘s problem is that the Trouble rarely convinces. So for now, I’ll have to make do with this. 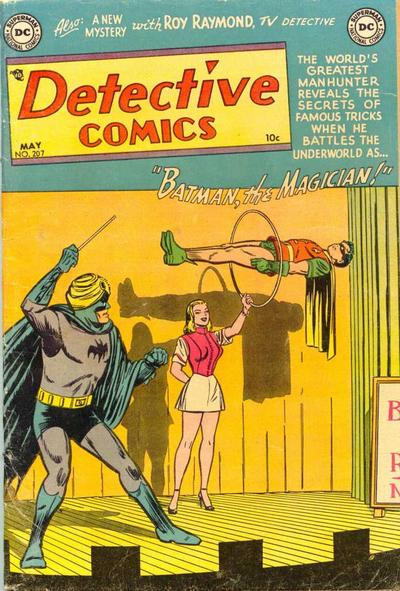