Now in Paperback from Amazon, Waterstones, Barnes & Noble… you name it

As the Special Investigator to the Lord Chancellor’s Visitor in Lunacy, Sebastian Becker delivers justice to those dangerous madmen whose fortunes might otherwise place them above the law.

But in William James he faces a different challenge; to prove a man sane, so that he may hang. Did the reluctant showman really burn down a crowded pavilion with the audience inside? And if not, why is this British sideshow cowboy so determined to shoulder the blame? 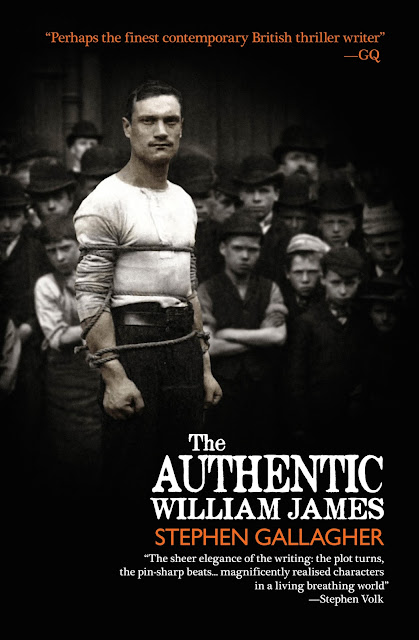 The Authentic William James is the third novel to feature ex-police detective and former Pinkerton Man Sebastian Becker, joining The Kingdom of Bones and The Bedlam Detective.

Praising “this superbly crafted thriller”, Kirkus Reviews named The Bedlam Detective one of their 100 Best of the Year and called it “that rare beast, a literary page turner”.

MysteryTribune.Com described it as “a rare literary masterpiece for lovers of historical crime fiction.” 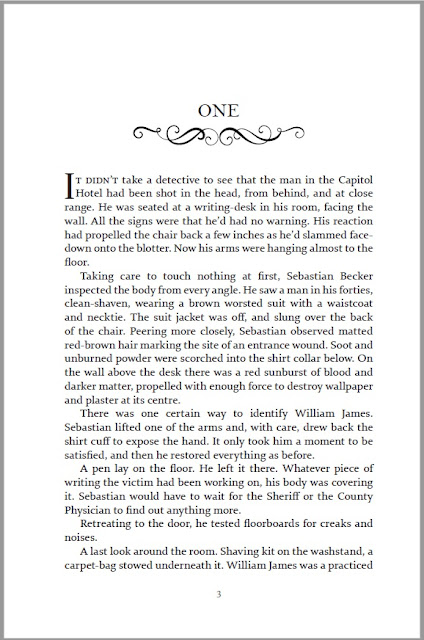 In their starred review of The Authentic William James, Publishers Weekly wrote:
“Gallagher gives Sebastian Becker another puzzle worthy of his quirky sleuth’s acumen in this outstanding third pre-WW1 mystery.”

“Only bad thing about his books is that they eventually end. Brilliant.”
—Jonny Lee Miller