Of Nightmares and Angels

Recently I saw a gratifying burst of Twitter affection directed toward Nightmare, with Angel. It was as unexpected as it was welcome. I once saw a member of an online book group refer to it as her go-to ‘comfort read’ and that was pretty unexpected, too.

If you don’t know it, Nightmare, with Angel is a trans-European novel in which ten-year-old Marianne Cadogan coerces a local man into helping in the search for her German mother. I didn’t realise it until later but the setup has echoes of Wim Wenders’ road movie Alice in den Städten, except in this case the local man has a record that renders him the least suitable person for the job. It all takes place in the Spring of 1990, within a few months of reunification.

Just before Covid put the world on hold I’d been looking to Germany again with a couple of projects, one of them a big coproduction and the other more personal, and I’d had occasion to revisit some of the novel’s settings. To research the book I’d written some letters, made a few appointments, and then slung a bag into the back of the car and headed for the Hamburg ferry. My plans took me from Hamburg to Düsseldorf and from Coburg through abandoned checkpoints into the former East.

One of the places I was curious to see again was the town of Hirschberg, the setting for the story’s finale. Back then it had been a tannery town on the Saale, a community with schools and a Hall of Culture built around a single industry. The riverside tannery buildings were almost a city in themselves; sheds, warehouses, tall chimneys, wide cobbled yards. I’d arrived just as the workers were emerging in their numbers for the midday break.

Now the tannery’s gone and the area’s green. Just one of the buildings stands, and it’s a museum. A bit of the border’s been preserved and that’s a museum, too. Germany’s former East now shares much with my own home country, England’s North; a rich industrial heritage and a dearth of jobs. Whenever a Nightmare screen version gets mooted, as it regularly does, the question always arises; Why don’t we make this present-day? And my answer’s always the same—because I set out to nail a moment in history, and I still feel I pretty much did. 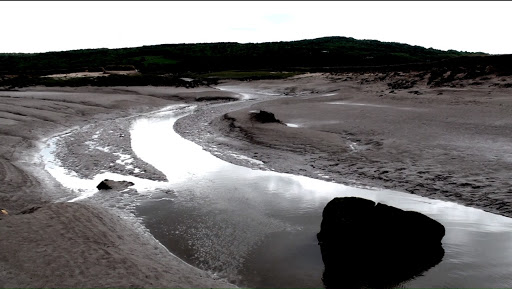 (These days the discussions are usually around a co-produced miniseries but the first option was for a feature. The American producer was pursuing Liam Neeson for Ryan O’Donnell while the German producer argued for the less well-known but well-on-his-way Daniel Craig. All was moving forward until a director came on board and had me dropped from the project, after which they couldn’t get a workable draft. I later learned that he was one of those known in the business as a ‘writer killer’; directors whose projects are never completed by the writers who started them.)

After that epic research trip I came home and wrote the book in a rented attic above a payroll company in the middle of Blackburn. It was bare boards and rafters but the landlord let me take my dog to work every day. The memories I summoned up in those rooms remain vivid; the empty solitude of Morecambe Bay, the abandoned wire and empty observation towers of the unmanned border, the yellow fields of oilseed rape that pin down the season almost to the week. A hidden city of the homeless in the derelict carriages of an old railyard. The scent of a fish soup in Saxony that I followed to its source like a cartoon character floating above the ground to a windowsill pie.

(Probably so memorable because I shed half a stone on the trip by otherwise living on bratwurst from open-air truck stops. Not a diet I’d recommend. Not a diet at all, really, so much as actual malnutrition.)

So there you go, the story behind the story of Ryan and Marianne.

Okay, it’s an unlikely comfort read. But I do know what she meant.

More about Nightmare, with Angel 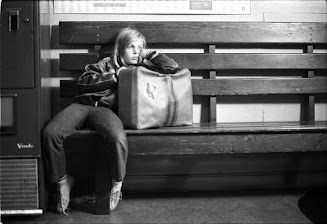 One response to “Of Nightmares and Angels”