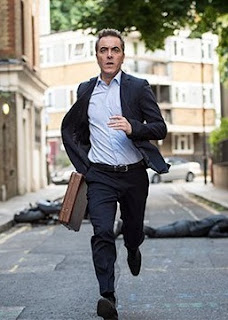 They’re doing publicity now – mostly tied to interviews with Stan Lee around the release of his graphic novel-style memoir – so it’s probably OK for me to say that I worked on this.

Stan Lee’s Lucky Man will air on Sky in 2016. The series was developed by Neil Biswas from a concept by Stan Lee, and made for Sky by Carnival Films.

Filming on the first episodes was already under way when I was brought on board. The production team had found themselves a script short, and Carnival head Gareth Neame suggested they give me a call. I’d worked with Gareth on Life Line, but my association with Carnival goes all the way back to Bugs.

It’s not my concept and my story had to encompass the running series arc, so it was an unusual gig for me. But it was fun to write, and a welcome distraction. At the beginning of the year I had an American network show fall through at the very last moment – bags packed, clock ticking, as close as that – so this came up at just the right time.

I’ll tell the American story another day. My Lucky Man episode will be hour seven in the running order and was directed by Jon East.