Stephen Couper and the Old Stuff

Stephen who, you may ask? 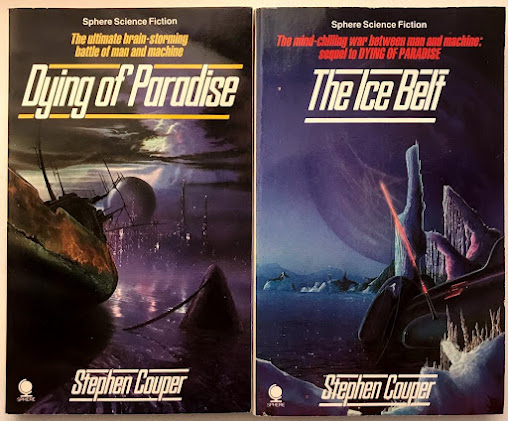 This covers shot was posted on social media by novelist, games lead writer and tie-in king Steven Savile. Steve is a friend and, Gawd bless ‘im, also a completist collector of my stuff. These pseudonymous ’80s paperbacks filled a last gap on the shelf, he reckons. They’re an example of a form I think I may have pioneered, the Two-Book Trilogy. 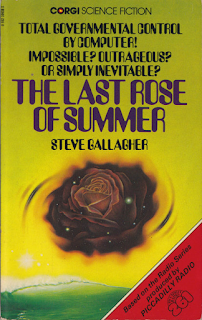 To explain. My first pro sale was a radio serial titled The Last Rose of Summer. Made for peanuts with love and joy, it was the spawn of a bunch of TV and radio colleagues and it played at strange hours on commercial radio stations throughout the land. Our timing was good. It was science fiction, and ’77 was the summer of Star Wars. I was 23.

The first book sale came right after, a spinoff in the form of a novelisation of the serial scripts. The six half-hours offered a handy mass of foundation material for 70,000 or so words.  It wasn’t just a matter of putting in the he said/she saids, although I’ve seen many a book-of-the-film that did little more.

Instead it was a pretty steep learning curve. What I picked up in a short time was the essential difference between script and prose. In a drama we infer a character’s inner life from all the externals; what they say, what they do, what we’re shown. In prose fiction we automatically put ourselves inside a character’s mind and experience the story world through their perceptions. Outside looking in, inside looking out. Which is why point of view matters.

The radio serial was followed by two more. The same was intended for the books but it emerged that, Hitchhiker’s Guide notwithstanding, the radio novelisation was too niche a genre to be commercial. The second book was written and there was even a cover designed, but publication was cancelled and the contract was paid off. 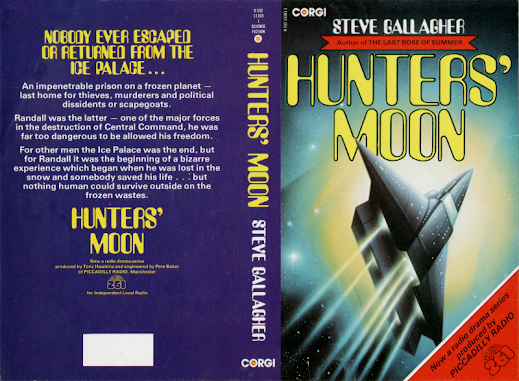 Good SF never dates, but I fear this wasn’t that. I’d channeled the central trope from 1984 along with a 1960s schoolboy understanding of computer science and I hadn’t yet learned to write women. It did have something, though. If I dip into it now, alongside the wince-making stuff I like to think I can see some of the native aptitude that others sensed and were willing to back. 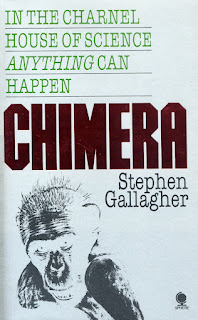 By then my agent had placed Chimera with Sphere, who sold on the hardback rights to Michael Joseph. Then Michael Joseph pulled out on the belated realisation that they’d get no share of the paperback revenue, so instead Sphere offered to reprint Last Rose and the unpublished SF titles… but on condition that I used a pseudonym, to avoid crossover with the campaign they were planning for Chimera. Which is how Stephen Couper came into the world.

Rather than reprint, I rewrote. Names, incidents, worldbuilding… I can’t give you details, it’s mists-of-time stuff now. So The Last Rose of Summer became Dying of Paradise and Hunters’ Moon became The Ice Belt and The Babylon Run… well, with history repeating itself, The Babylon Run was written but didn’t make it.

I look back with mixed feelings. I meant to improve on my tyro efforts, but it feels more like I just mucked about with the material. And while Last Rose may be the purer version, The Ice Belt no longer connects to it.

People remember the original serials, which is nice. They’re easy enough to find online. I’m sometimes asked if I’m thinking of reissuing the novels and I tend to dodge the question. It’s… messy.

Also, with the exception of The Babylon Run I don’t have the books in digital form. I could scan them, but Last Rose had some inept copy-edits that I was never given the chance to correct, and I can’t say for certain whether the original manuscript is still intact or got chopped about to make Paradise. The papers are all in my old university’s collection at the Hull City Archive. I make the trip every now and again if there’s something I need to check… but is this really that kind of need? It’s not like we’re talking about a Shakespeare First Folio.

And if Steve Savile’s example is anything to go buy, if you’re really interested you can pick up nice old copies for around three quid a pop.

I said there was a story. I never said it was a great one.