It’s 1912 and Sebastian Becker, the Special Investigator to the Lord Chancellor’s Visitor in Lunacy, arrives in the West Country to interview Sir Owain Lancaster on his run-down country estate. 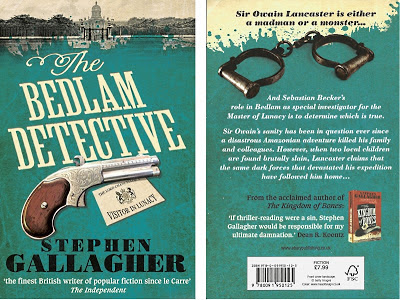 Descending from his train in the small coastal resort town of Arnmouth, Becker finds the entire community mobilised in a search for two missing girls. He offers his services and joins a party of local men searching moorland, and is close to hand when the bodies are found by a squad of army cadets. 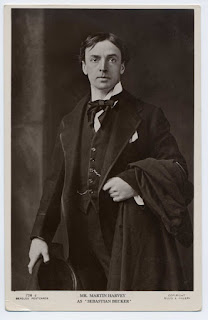 Becker is employed by the Lord Chancellor’s Visitor to look into cases involving any “man of property” whose sanity is under question. The pay is poor, his status unofficial. British-born, he spent a number of years in America where he worked from the Philadelphia office of the Pinkerton Detective Agency. Now he lives in rooms over a furniture shop in low-rent Southwark with his American wife, her unmarried sister, and his bright but difficult son. To make ends meet, his wife is clerk to the Receiving Officer at the Evelina, Southwark’s charity hospital for sick children. Her sister cares for the boy, takes in sewing, and has an unspoken crush on Sebastian. 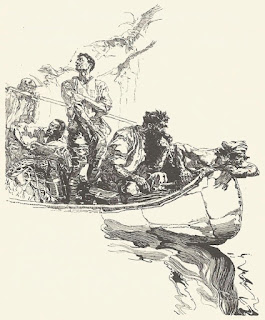 Sir Owain, the man of property he’s here to see, is a former engineer and armaments manufacturer. He’s one of only two survivors of a self-funded Amazonian expedition which saw his entire party wiped out, wife and child included. Once a rational man, his explanation for the tragedy is a nightmarish fantasy of lost-world monsters and mythical beasts.

“It’s certainly a thriller, but with a literary depth unusual in the genre, and fascinating in the complexity of its construct. Gallagher’s prose is swift, sure, and occasionally darkly comedic. Excerpts from Lancaster’s fantastical account are interspersed with historical Amazonian reports, adding to the mystery a compelling tale of jungle survival and all the fantastical steampunk appeal of a Jules Verne or Rider Haggard story… Three words of advice: read this book.” Historical Novel Society

“Monsters, actual and metaphorical, are at the heart of this superbly crafted thriller… Gallagher loves character development but respects plotting enough to give it full measure. The result is that rare beast, a literary page turner” Kirkus “Best of 2012” starred review

Available as a paperback and eBook from Amazon. Or support your local bookstore, send proof of purchase (scan of receipt, selfie at the till, we don’t care) to mail@bedlamdetective.com and enter a draw for one of 3 signed copies of The Kingdom of Bones. 3 responses to “The Bedlam Detective”