I’ve had a few nice notes and tweets in the wake of last week’s broadcast including one from Chimera producer Nick Gillott, which prompted me to dig out this shot of the two of us way back when on that show’s location in Kettlewell, Yorkshire. 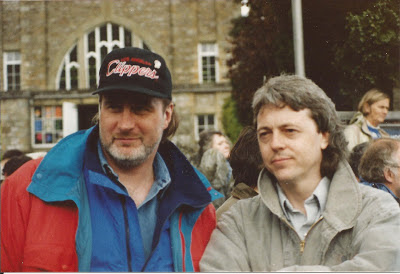 Nick’s on the left. How often do I have to say it, that mullet of mine will never get old.

Of all the general tweets, by which I mean the ones not addressed directly to me, I think my favourite would have to be this one: