The Next Big Thing

Guy Adams, the Torchwood/Sherlock/Hammer novelist and Angry Robot-published author, has tagged me for this. I didn’t even realise I’d annoyed him.

It’s called a Blog Hop. Here’s how it works, he said to me. You answer ten questions on the next big thing that you’re working on, then tag five other writers to do the same. Which sounds a little bit like that “grains of rice on a chessboard” thing… within a matter of weeks it’ll all reach a crisis, and we’ll be fighting each other over the last few taggable authors with rock axes and knives made from dinosaur bones. 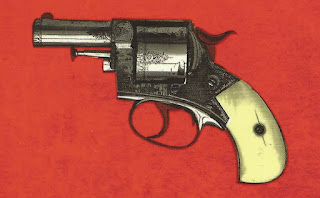 What is the working title of your next book?
Well, the next one to appear will be the UK edition of The Kingdom of Bones but the one I’m working on is the third novel featuring Sebastian Becker, which I’m calling The Authentic William James.

Where did the idea come from?
I got my villain first. Which makes a kind of sense when you think about it. In this kind of story, it’s someone’s misdeed that sets everything in motion. If that’s credible and there’s genuine human motivation behind it, your foundation’s going to be strong.

What actors would you choose to play the part of your characters in a movie?
Seriously, or in a fantasy-football-league sense? I’m not sure I can offer a thought for either. I’m not being evasive, but the career strategy issues and market politics of casting fascinate me. You don’t often get the person you want. You get the most bankable person who needs your movie. If you’re lucky, they’ll connect with your vision to some extent; if they don’t, you pretty much have to grin and suck it up. Having seen how it works, I find I can’t do the speculation thing any more.

What is the one-sentence synopsis of your book?
A burning theatre, a kidnapped teen, and Sebastian Becker in pursuit of the morphine junkie cowboy that Buffalo Bill left behind.

Will your book be self-published or represented by an agency?
I’m represented. For the novels it’s Howard Morhaim in New York, Abner Stein in London. For screen work I’m with UTA and The Agency. Please don’t ask for an introduction. It doesn’t work like that.

How long did it take you to write the first draft?
Ask me that when it’s done. My first drafts are preceded by a lot of research and preparation. When I’m ready to sit down and pull it all together, it takes about twelve weeks.

What other books would you compare this story to within your genre?
I’m sui generis, apparently. Which I suspect may be a euphemism for “difficult to place”.

Who or what inspired you to write this book?
All the Becker books include an element of Old Showbusiness. In The Kingdom of Bones it was a touring Victorian theatrical troupe, in The Bedlam Detective there’s a crucial element tied in with early British cinema. For decades after William Cody’s final UK tour, a number of British fairground families made their living with home-grown Western sideshows. They lived the life and learned the skills of shooting, roping, knife-throwing… and in the original show, one of Cody’s performers did suffer a horrific riding accident and stayed on in Europe to recover. My what-if question – what if one of the British families took him in to lend their act some authenticity? Only to find that they’d opened up their family to an embittered monster? Everything flowed from there.

What else about the book might pique the reader’s interest?
It’s the third novel to feature Sebastian Becker, Special Investigator to the Lord Chancellor’s Visitor in Lunacy. He makes his first appearance in The Kingdom of Bones, published in the UK by Ebury Press in December.  The Bedlam Detective follows in February.

Kansas City-born Joel Goldman writes, “I became a ten-year overnight success with the publication of my first book, Motion To Kill, in 2002, introducing trial lawyer Lou Mason.” Joel retired from his law practice in 2006 to write full-time, and has never looked back. His series include the Jack Davis thrillers and the soon-to-be-launched stories featuring Alex Stone, public defender.

Harry Shannon is a former actor, musician, Carolco VP, film music supervisor, now primarily a novelist with a sideline in short fiction. He’s the author of the much-praised Mick Callahan novels. Media psychologist Callahan is “a failed Navy Seal, a recovering alcoholic and a loyal friend. He’s also a man with a hot temper and a talent for getting himself into trouble.”

Zoë Sharp is the creator of a series of novels featuring Charlotte ‘Charlie’ Fox, an action heroine who finds close protection work the perfect career for an ex-Special Forces trainee who has never been quite in step with life outside the army that rejected her.  Zoë’s hobbies are sailing, fast cars (and faster motorbikes), target shooting, travel, films, music, and reading just about anything she can get her hands on.

Tim Lees is a British author living in Chicago, responsible for numerous short stories and the pitch-perfect Frankenstein’s Prescription, described as “a brilliant novel, one which takes the old stereotype and fills it with vibrant new life. The story is gripping, with each and every element of the plot fitting into place perfectly.” (Peter Tennant, Black Static). It’s available from Tartarus Press.

Newcastle-based Stephen Laws kicked off his career with Ghost Train. He’s the author of 11 novels, numerous short stories (collected in The Midnight Man), as well as a columnist, reviewer, film-festival interviewer, pianist and recipient of numerous awards. He survived an early attempt by his publisher to promote him as “A Herbert for the 90s”. Read about his heroic encounter with a Spanish zombie master here.

2 responses to “The Next Big Thing”