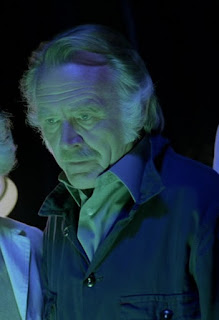 I just took delivery of Network’s meticulously restored Blu-Ray of the 1979 Euston Films production known variously as Quatermass, Quatermass IV, or The Quatermass Conclusion. I’m a long-time Kneale and Quatermass fan, and Network’s track record with this kind of material is exemplary. But all the same I’d been dragging my feet until a correspondence with restoration producer Mark Stanborough nudged me over the edge.

No excuses, I know, but I suspect that its hippie-themed ‘fear of the young’ element put me off at age 24. Some years down the line, it doesn’t seem quite so personal. And I should add that my viewing of the original broadcast in 1979 was delayed and then compromised by a nationwide strike across the ITV network (and a bit of mea culpa here; I was an Assistant Controller in Granada’s Pres Department at the time, and one of the sans culottes marching out of the gates).

Unusually for 70s British TV the production was shot on 35mm, with a four-part version made for broadcast along with a feature-length theatrical release. The restoration utilises original negative and source elements, and is superb. For the money you get both versions in high definition. Recommended.

For the celluloid geeks among us, Mark has kindly given me permission to post his account of the technical work involved in putting it all together. Written by Nigel Kneale with dual purpose in mind (four-part television series and theatrical feature film), the original 35mm cut negative for the four episode ‘Quatermass’ series was photo-chemically duplicated to a 35mm intermediate positive (IP) before being re-cut into the 106 minute feature film: ‘The Quatermass Conclusion’. The trimmed negative cuts from the series have long since disappeared meaning the IP is the earliest generation remaining. When remastering the series, as much of the original negative as possible was utilized from the feature version in the episodic versions but where scenes were missing or re-cut to a shorter length, the IP was used to fill in. Episode three featured very little in the theatrical version so had the least original negative material available. Fortunately, the IP has aged fairly well meaning there isn’t a big difference between the elements.

In condensing the plot, there are a number of changes from the series to the film – most are minor but the sub-plot of the underground elderly commune was completely excised from the feature version. This also meant that alternative scenes were shot for the feature version with both Annie and Quatermass at the hospital (in the series it’s just Annie) but this was the only major editorial change. 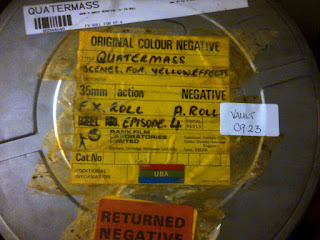 The film elements were cleaned and then scanned on an ARRI scanner at 2K resolution before being conformed to a picture guide. The restoration involved processing to match the different grain structures of negative and IP, before image stabilizing and fixing any movement at splices, evening out any density fluctuations and despotting the image, removing literally thousands of instances of dirt. The series and feature were both colour graded so that they have the same look, and careful matching of the different picture elements mean the image is consistent throughout. One of the most challenging issues occurs in episode four when the sky turns ‘sick’ (green) – by digitally amending some of the backgrounds, it made it possible to key the hue of the sky to a more even green colour than was possible when the programmes were originally produced.

Each episode’s titles and part break colours are different, changing from red in the first episode through purple in the second, blue in the third and finally green in the last installment. Scanning from film elements allowed the true range of the colours to be graded properly so they now look clear and vibrant. For the feature main title, the text is over the opening scenes from episode one and, as the footage was a dupe optical in the feature negative (so further generations away and a softer image), the titles were re-created using the far sharper IP sequence as backgrounds. Both episode four and the feature version end with the shots of the girls playing in the meadow and, again, the titles were faithfully recreated using negative textless backgrounds.

The four-part series has been mastered in the original 1.33:1 TV ratio. As the theatrical version would probably have been projected either 1.75:1 or 1.85:1, the feature has been transferred inbetween at 1.78:1 to fully fill the widescreen frame (with some individual shot adjustment for headroom, something not possible when the feature was produced). 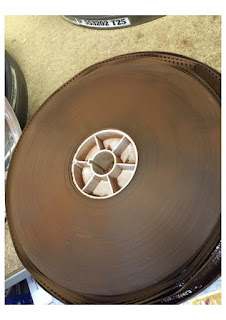 The master sound material was triple 35mm magnetics comprising separate dialogue, music and effects tracks. Unfortunately, either due to storage conditions, temperature or stock, these audio tracks had badly deteriorated, shedding so that each reel was covered in magnetic dust. By careful hand cleaning, transfer and re-transfer (when inevitably the heads clogged), the triple audio was fortunately rescued. Once onto a digital format, the three streams of audio were individually restored and then combined to create a new mono final mix. This also means that each of the separate triple tracks can be mixed to a 5.1 surround for the release.