The Rain That Never Fell

“The first time that he saw her was across the parking lot of a motorway service area. It was about a quarter to midnight, and it had been raining. He could see that she was tired and cold and that she’d probably been on her feet for some time. She didn’t look much more than sixteen, although he knew that she was older. She shifted from one foot to the other, waiting with her awkward bundle of papers under her arm like some census-taker worn down by a few too many rebuffs. He saw her walk up and down under the forecourt’s dripping canopy, watching her for about fifteen minutes as she killed time and waited for new arrivals; and then, after she’d covered the same piece of ground more often than he could count, he saw her turn and go back inside.”

It was in the early 90s that Zenith Productions, the company behind (among many others) Sid & Nancy, Inspector Morse, and Byker Grove, took an option on my London-set novel Rain. It was part of a slate of material that we were developing in the wake of Chimera, made by Zenith for ITV. 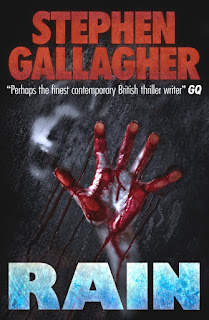 Rain is the story of North-country teenager Lucy Ashdown, late-night haunter of truck stops and motorway services. She risks her safety in the hope of picking up information on her older sister Christine, who was murdered while hitching home from the capital a couple of years before. When a lead sends Lucy heading down to pick up the traces of her sister’s life, her father enlists the unofficial help of local police detective Joe Lucas to find her and bring her home. Joe’s a friend of the family, a contemporary of Christine’s. He’s determined, but Lucy’s tricky. She’s always dodging one step ahead of him, convinced that her sister is somehow guiding her course. The closer she gets to learning the truth, the more Joe can see that she’s courting Christine’s fate.

Director of Production Scott Meek and EP Archie Tait pitched my script as a writer-director piece to Richard Broke. Richard was the in overall charge of Screen One, the BBC’s main-channel showcase for single dramas. I’d be a first-time director but Zenith were backing me all the way.

Richard liked it. He didn’t commit, but we were high on his list of contenders for the next season. British TV commissioners are the same to this day – keeping their options open as long as they can, because they can.

But if you sit on your hands all the way to the green light, it leaves you insufficiently prepared for the speed of what has to follow. The signals were strong enough for some necessary prep to be set in motion. David Lascelles (Morse, Moll Flanders, Richard III) came on board to handle production, and I pitched my choice of main cast. 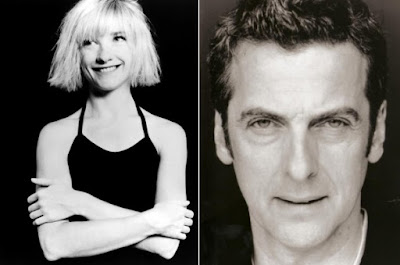 At the time Jane Horrocks was starring in the West End run of The Rise and Fall of Little Voice. I’d seen her in Mike Leigh’s Life is Sweet and I’d seen her in a radically different role in Red Dwarf, and I reckoned she could probably handle anything in between. Peter Capaldi hadn’t yet made The Crow Road but I reckon whoever went on to cast him as Rory McHoan was picking up on the same qualities that I had in mind for Joe. He was growing out of those gawky early roles into the projection of a genuine, complex  authority. Look where that led.

David arranged a lunch with Jane. She read the script and the three of us met. She was sharp and funny and, though she was in her mid-twenties, it was clear that she could easily play a convincing teen. And since the story required the teenaged character to pass as her own older sister… well, you couldn’t ask for better casting. I don’t know if we got as far as sending out to anyone else. I do know that David was now breaking the scenes down and had prepared a draft schedule and a budget.

Then we got word. Richard Broke was leaving Screen One before the new season was locked down. It’s the nightmare of every project in mid-development. New commissioning executive, new broom. Which the New Guy then goes about using to sweep the desk of his predecessor’s projects. If I remember correctly, the word that came back via Archie was, “I have three thrillers in front of me, all of them better than Rain.” (Which would prompt Archie to ask, when the season had come and gone, “So where were they?”)

So that was that. Everyone stood down, everyone moved on. I’m sure I dealt with it by turning my attention to the next thing, whatever that was. Probably something else that tanked and didn’t happen, until something finally did. Because that’s how it goes.

“The drops of rain make a hole in the stone, not by violence, but by oft falling.”Lucretius

Archie went on to produce several new series and multiple seasons of Heartbeat, and to teach at the LFS. Scott Meek went off to be Head of Drama at the Australian Broadcasting Corporation. David Lascelles is now the 8th Earl of Harewood, and runs the estate.

So I guess we all survived the experience, one way or another.