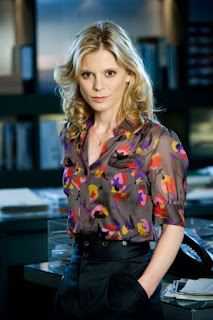 Well, I’m back from Dublin and the European Science TV and New Media Festival. As ever, the only downside of my visit to the city is that I didn’t get to stay for longer. We did our panel thing in the afternoon, as part of a programme that included screenings of some of the entries in the festival’s TV drama competition. I was there to represent the BBC for Silent Witness: Legacy but the competition’s strong, including the Feynman vs NASA docudrama The Challenger, so who knows.

The difference between science-driven dramas and drama about scientists is something that we touched on in the hour. It wasn’t a debate, as such; everybody brought something different to the panel and we ranged from the coaching of actors to achieve authenticity, to the dangers of embracing bad science for popular appeal, to the wider use of media to communicate real and urgent science issues in accessible ways.

Along the way I referred to a document that I’d written for private circulation back in March 2009, when we were waiting to hear if CBS were going to pick up Eleventh Hour for a second season. Our figures were good but the omens weren’t, as we’d only been given a partial order for extra episodes instead of the full ‘back nine’ to complete the first season.

This was a memo that I’d written at the request of the Bruckheimer people, spitballing a future direction for the show and reflecting on why our science thrillers could hold a unique place alongside the forensics and the procedurals elsewhere on the network. Having mentioned it in Dublin, I said that I’d put it online when I got home. So if you were there, here it is.

And even if you weren’t, here it is anyway. It’s a gathering of thoughts resulting from my experience on the ITV show, where I had little control and my commitment to scientific probity was considered unhelpful, and from the US episodes which represent some of the most satisfying work I’ve ever done.

The whole thing runs just over four pages and the PDF is here.

At the beginning of my career I wrote a miniseries called Chimera, a variant on the Frankenstein story with a cold-hearted scientist as its villain. It made some waves, and through various debates and public events brought me into contact with a lot of real-world science professionals. I found that these scientists were, almost without exception, sharp, cultured, funny, and great late-night company. They were well-read, they listened to opera, they played musical instruments. Future Nobel prizewinner Paul Nurse was a motorbike nut (and was the guy who first encouraged me to dream up a real-science drama). Biologist Jack Cohen advised sf writers on alien-building. All were genuinely excited to be doing the work they did. As much as these real scientists shaped my picture of Hood, they also shaped my attitude to science villains. The ruthless, ‘playing God’ stereotype, arguing that harm can be justified in the name of progress, is a cartoon. Science’s villains are the same recognisably human people as those regular scientists. But they become villains through regular human flaws, not by Nazi logic. They sell out, or screw up. They can bend the truth to suit their paymasters or the policymakers, and call it ‘being realistic’. They can be reckless, they can underestimate danger, they can lie to cover their mistakes, they can take desperate measures to cover their lies. But science’s villains are characterised by their human failings, not by single-minded immoral intent.

And often they won’t even be scientists, but people who co-opt science to their own purposes. CEOs, charlatans, toxic waste dumpers, politicians, lobbyists, thieves, counterfeiters, scammers, conspiracy theorists, drug lords, mobsters. People like the real-life international hustler and would-be breakthrough human cloner who provided the model for the bad guy in my very first story.

The memo was never intended for public circulation but I reckon enough time’s probably passed by now.

You may find it a useful snapshot of a discussion in the show-making process. Just bear in mind that we didn’t get the pickup!