This week’s release on the Orion Gateway ebook list: 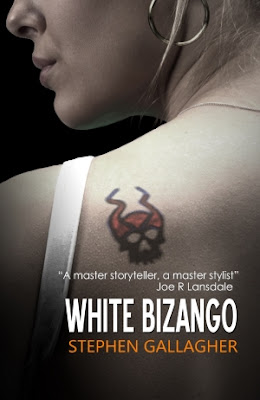 A new kind of predator is on the loose. When the middle classes began to adopt vodoun as a lifestyle fad, their doors were opened to a ruthless white male with a command of the religion’s darker practical secrets.

Rescued from the morgue and a bizarre and unpleasant end, Louisiana detective John Lafcadio owes his life to the Cult Crime Co-ordinators. Known also as the Voodoo Cops, their job is to dispel superstition and nail crimes of ignorance.

But how do you hunt down a killer whose victims are also his protectors?

And how can Lafcadio hope to identify a man whose eyes he once stared into, but whose face he can’t remember?

“There is no doubting the tension that is built up across the events of White Bizango, and I defy any reader not to feel compelled to read on when confronted with chapter endings that expertly throw out new information, create new plot puzzles and introduce new levels of threat”—Matt Hills, Interzone

“His work has that kind of beat and boogie that only writers of character and style have. He plots well. But his strength is in the purity of his storytelling and in the development of his characters… Man, this book is easy to read, and it’s wonderful”—Joe R Lansdale